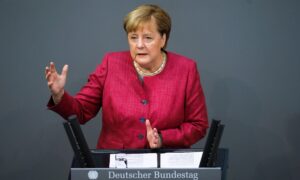 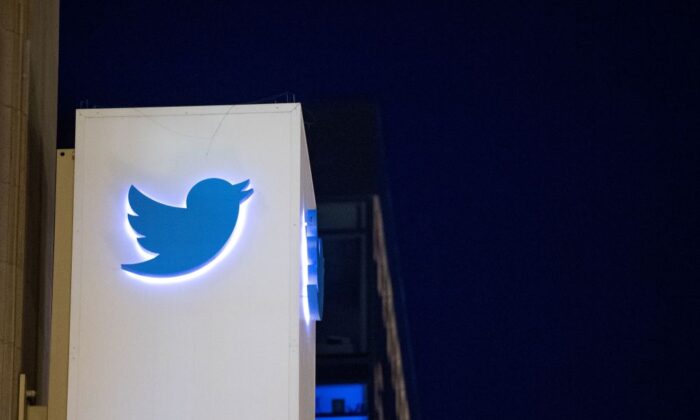 The Twitter logo on a sign at the company's headquarters in San Francisco on Nov. 4, 2016. (Josh Edelson/AFP via Getty Images)
Viewpoints

A time to strengthen families and communities

Big Tech, social media, and the press used the violence on Capitol Hill on Jan. 6 as a pretext to purge their platforms of conservative figures and Republican officials, most notably President Donald Trump. Amazon, Apple, and Google conspired to deplatform Parler, regarded as a conservative, or free-speech, alternative to Twitter.

Critics of the sweeping actions argue, rightly, that censorship violates not only First Amendment freedoms but also the spirit of the law protecting internet service providers from liability.

But this isn’t censorship. Rather, it’s part of the strategic logic of mass conflict. The leadership of the political, corporate, and cultural establishment that today rules America shut down the communications of those against whom they are waging war.

The moves fully expose the architecture of the American oligarchy—Big Tech is a Democratic Party-funding mechanism and part of its operational arm, with social media and the prestige press serving as information-warfare platforms disseminating propaganda and blocking information damaging to the regime. For instance, Simon and Schuster canceled Sen. Josh Hawley’s book with the timely title of “The Tyranny of Big Tech,” claiming that Hawley played a dangerous role in events at the Capitol.

Jan. 6 was indeed a big deal, but not for the reasons the regime gives publicly. From its perspective, what Hawley did was much more dangerous when he officially questioned the integrity of the 2020 vote, i.e., the regime’s legitimacy.

In fact, the communication lockdowns began long before the election. Most famously, social media blocked allegations of Biden family corruption and financial ties to Chinese Communist Party proxies. Given Big Tech’s relationship with the CCP, concerns that a foreign power played a role in the decisions made by tech executives to silence Trump, Beijing’s most outspoken and still most powerful critic, can hardly be dismissed. In any case, the corruption of the American regime is now a matter of record, and that’s why its vanguard moved so quickly after the events of Jan. 6.

Obviously, it wasn’t Trump alone who brought hundreds of thousands of Americans, including families, to Washington on a Wednesday in January to march in the cold. But for the regime, Trump must be seen to be at the center of the picture, not only to isolate and degrade the current leader of the opposition, but more importantly to obscure optics dangerous to the regime’s health.

The press and social media edited Trump’s Jan. 6 statements to buttress the narrative of a strongman determined to hold on to power by directing his followers to set on a sacred democratic institution.

“I know that everyone here will soon be marching over to the Capitol building to peacefully and patriotically make your voices heard,” Trump said during his speech, a sentence found nowhere in reports claiming he’d incited an insurrection. After Trump supporters entered the Capitol, some forcefully, some through open doors, social media blocked his video statement urging protestors to go home peacefully.

Strip away social media and the press’s forged account of Jan. 6, and it’s an instantly recognizable event replayed throughout history—disenchanted masses seeing no other choice but to descend on a capital city to march on a corrupted parliament. Through that lens, Jan. 6 is a family-friendly version of the protests against the depraved parliamentarians of, among recent others, Burkina Faso in 2014, Hong Kong in 2019, and Lebanon in 2020.

Jan. 6 was more than four years in the making, starting with the “Russiagate” operation that the spy services and prestige press organizations ran against Trump. The regime’s assault on the republic was serial and continuous: the fraudulent special counsel investigation tasked to unseat Trump; the bogus impeachment of the president designed to cover for yet more alleged Biden family corruption in yet another foreign country; the weaponization of the coronavirus lockdowns to destroy small businesses while enriching tech giants such as Amazon; the George Floyd riots; and culminating finally in the compromised election of a candidate who repeatedly gave public evidence he was no longer cognitively competent.

Jan. 6 was the day that Americans finally declared the oligarchic regime a third-world farce. With its lack of legitimacy exposed by the demonstrators, the regime had to move to delegitimize not only Trump but the action and the protestors—it was an “insurrection,” and even those who didn’t participate in violence were “domestic terrorists.”

Banishing Trump and others from Twitter, such as retired Gen. Michael Flynn, and canceling Parler, satisfied the regime’s vanguard since it targeted their opposite numbers, elites, social media executives, journalists, and so on. How other Trump supporters regard the move isn’t clear, since only a fraction of his 75 million voters is on Twitter. Eventually, the regime will deploy other instruments to widen its fire, redefining all opponents to its agenda as “white nationalists” and setting against them law enforcement, as well as employers, banks, transportation services, and so on.

In the meantime, the first order of business is to restore communications, for the opposition as a whole. Other social media platforms are likely to arise but will also find themselves embroiled in conflict they’re likely to lose to tech giants. There are options, however: America’s one fail-safe form of communication, our media before there was one—houses of worship.

All churches, synagogues, and mosques must be reopened immediately. Here is where Americans can share our common bond, as well as information, knowledge, gossip, jokes, recipes, etc. This is a moment to strengthen families and communities, to ground faith in prayer, communion, and love, and to steel the spirit.

As local, state, and federal authorities move to keep Americans isolated by shuttering houses of worship under cover of coronavirus measures, court cases must be brought against authorities by the hundreds, the thousands, compelling the regime to act out its fundamental illegitimacy and confess its inability to govern a constitutional republic.