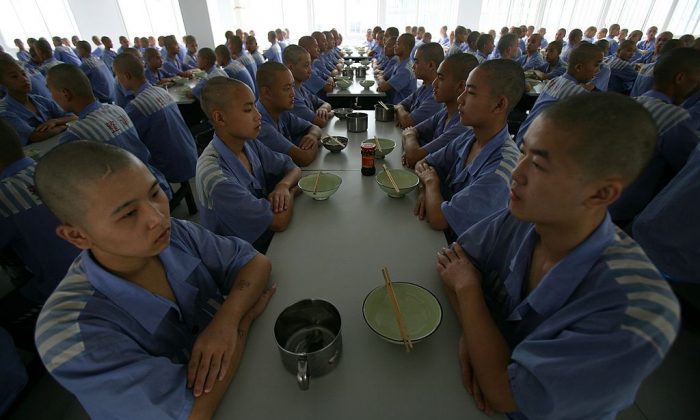 A program in China is sending school bullies to jail, and sentencing them to hard labor.

The courts in China are working with the schools on a pilot program for young bullies. Girls aged 15 to 17 are going through the program with the Tongzhou District People’s Court, BBC reported. A local Chinese paper said a student was convicted and sentenced to one year and 10 months.

Part of the hard labor sentence puts them on a tough military training regimen. Schools then assess whether or not to let the student return, or be expelled for good.

The program has created an uproar across social media. Some social media users have commented that bullying is an epidemic in China and does need to be tackled, and that even the current punishment pilot programs are too lenient.

Another social media user mentioned that hard punishments are needed since the families are not teaching the children any better. Some commenters think the training will lead to the opposite effect and create more ferocious bullies.

Chinese social media has been plagued with extremely violent bullying video posts. One video shows a gang of girls holding steel pipes. They use the pipes to viciously beat another group of girls. In fact, the majority of the violent incidents caught on video involve girls beating, abusing, or torturing other girls. In some cases, the victim is humiliated by having her clothes torn off in public to go along with the public beating, What’s on Weibo reported.

Other videos even show middle school students kicking their teacher during class. The violent videos are posted in an incessant stream, overwhelming users of the Weibo social media platform. The videos also spread on video hosting platforms Youku or Miaopai. Users also see the videos on the WeChat platform. The videos fall into three categories of “student on student,” “student on teacher,” or “student vandalism of school property.”

The reason extreme bullying is a growing issue in China is because it hasn’t been taken very seriously. It’s “culturally” not seen as a serious issue, according to What’s on Weibo.

Chinese politicians are being forced to look into the issue and dish out legal consequences. But the military boot camps and hard labor in jail may just compound the issue. It doesn’t directly deal with the values that have made such behavior a widespread phenomenon.