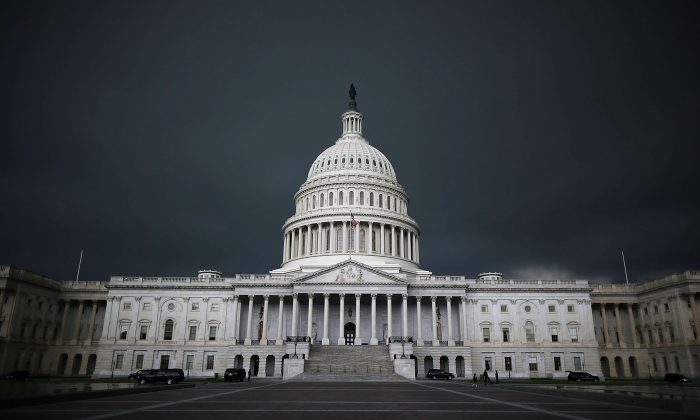 We may not know who our next president is going to be, but here’s one thing that’s almost certain: He or she will take office with roughly half of the electorate—unhappy and mistrustful. The notion that the president speaks for a broad coalition of Americans who are willing to set aside their differences on behalf of a compelling new vision for the country? It’s vanished.

I’ve spent a lot of time pondering where it went, and though I still haven’t found an answer, I do know this: It’s not only Washington’s—or even the political class’s—fault.

We don’t have many consensus-building mechanisms in our political culture. A lot of groups that used to help do this are weaker now.

Let’s start with a lament I hear frequently about this year’s crop of presidential candidates: “Is this the best we can do?” I used to believe that the popular argument that the best among us do not seek political office was wrong—that there were plenty of standout Americans who went into politics. And there are.

But there are also a lot of talented people—the kind who could lead us beyond our tired political discourse—who take a look at politics and turn the other way.

They don’t want to spend their waking hours grubbing for donations. They don’t want to put their families through the attacks and vitriol that so often show up in political campaigns now. They believe they have better ways of spending their time than subjecting themselves and everyone they know to the kind of scrutiny that has become part and parcel of political life.

The Global Crisis of Leadership
Governing Without Gridlock

I’ve known a lot of very good people in politics. They were motivated by a true interest in improving the country, were fair-minded, respected other points of view, were skillful consensus-builders, and took the time to develop genuine friendships across the political divide. They saw politics as a competition of ideas, not a mean-spirited clash of ideologies.

I see less of this today. Many politicians seem genuinely not to like one another. Backed all too often by their constituents and contributors, they distrust the other party’s members—and see a victory by the other party as a threat to the well-being of the nation.

This is a departure from the past, and it’s not a healthy one. There was a time when the parties played a significant role in the system by serving to build consensus.

They were collections of diverse constituencies that had developed the capacity to meld disparate interests together—not always harmoniously, but usually effectively. They helped build a unity of effort in the government, as did a variety of public and private organizations—such as unions, charitable institutions, and the like.

This was vital: we don’t have many consensus-building mechanisms in our political culture. But a lot of groups that helped do this are weaker now than they were.

Which is a shame in a year like this, when voters are angry and distrustful. Much of this, I believe, stems from economic insecurity. Incomes remain stagnant, and many of the jobs being created are low-wage jobs. A lot of Americans have lost confidence that their children will have a better life than they had.

This doesn’t mean that fear of terrorism and a general feeling that society is heading in the wrong direction don’t matter this year. Nor does it mean that there aren’t plenty of people who are reasonably satisfied with their lives, and who recognize that the United States, especially in comparison with other countries, is doing reasonably well. But overall, economic malaise seems to be front and center in voters’s minds.

This may help explain why voters this year seem not to have much appetite for the substance and complexity of policy. Many of them have responded enthusiastically to candidates who lay out a straightforward vision but don’t bother much with the details of policy. And a lot of voters seem to relish the clashes that this year’s campaigning has produced, and are uninterested in talk of finding common ground.

It’s a campaign year, of course, so a certain amount of this is to be expected. But if the voters’s surly mood and mistrust carry over after November, it’s going to be very hard for the next president—and politicians in general—to govern effectively.