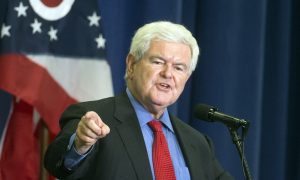 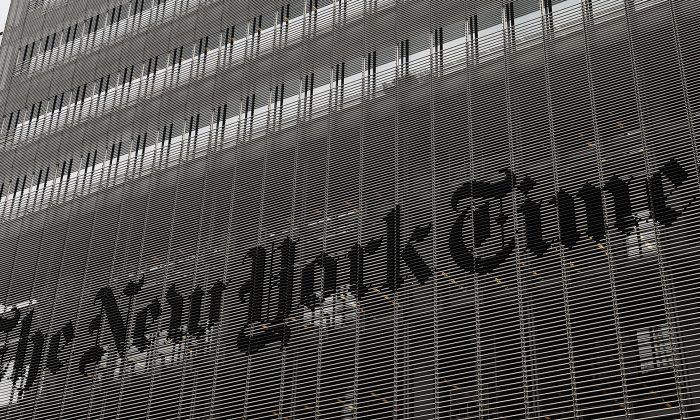 ‘It’s Embarrassing That the New York Times Is Doing This’: Conservatives React to the NYT ‘1619 Project’

Some conservatives and journalists condemned The New York Times following its “1619 Project” that “aims to reframe the country’s history.”

The “1619 Project” is made up of numerous stories and poems about slavery and racism and suggests America’s “true founding” was when the first slaves arrived.

The project includes an essay by journalist Nikole Hannah-Jones on Aug. 14 suggesting “our democracy’s founding ideals were false when they were written.”

“The 1619 Project is a major initiative from The New York Times observing the 400th anniversary of the beginning of American slavery,” the project reads. “It aims to reframe the country’s history, understanding 1619 as our true founding, and placing the consequences of slavery and the contributions of black Americans at the very center of the story we tell ourselves about who we are.”

Gingrich tweeted Sunday that “The NY Times 1619 Project should make its slogan ‘All the Propaganda we want to brainwash you with’.it is a repudiation of the original NY Times motto.”

The NY Times 1619 Project should make its slogan “All the Propaganda we want to brainwash you with”.it is a repudiation of the original NY Times motto.

Gingrich also mentioned a leaked NYT town hall meeting where Executive Editor Dean Baquet “‘basically said, ‘Look, we blew it on Russian collusion, didn’t work. Now we are going to go to racism. That’s our new model,’” according to the former speaker.

“This is a tragic decline of The New York Times into a propaganda paper,” Gingrich said.

Republican Texas Sen. Ted Cruz tweeted out against the project.

E.g., NYT: ““One reason we all signed off on The 1619 Project [explained below] and made it so ambitious and expansive was TO TEACH OUR READERS TO THINK A LITTLE BIT MORE LIKE THAT.” Does that sound like news? Or editorial? (Remember, this was the “News” Editor.) 3/x https://t.co/xpXXOhaDLR

Ben Domenech, co-founder and publisher of The Federalist, dismissed some of the quotes from the project as false.

#1619Project:
“[America’s] founding ideals were false when they were written.”
“The US is a nation founded on both an ideal and a lie.”
“[O]ne of the primary reasons the colonists decided to declare independence was because they wanted to protect the institution of slavery.”

Benjamin Weingarten, a senior contributor at The Federalist, suggested the 1619 Project was intended to “delegitimatize America.”

“Contrary to its stated goals, it appears the purpose of the 1619 Project is to delegitimize America, and further divide and demoralize its citizenry,” he wrote Sunday.

Contrary to its stated goals, it appears the purpose of the 1619 Project is to delegitimize America, and further divide and demoralize its citizenry https://t.co/1c1F0hyZ5A

The “1619 Project” will be publishing more stories in the upcoming weeks.