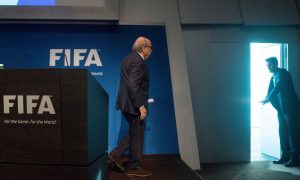 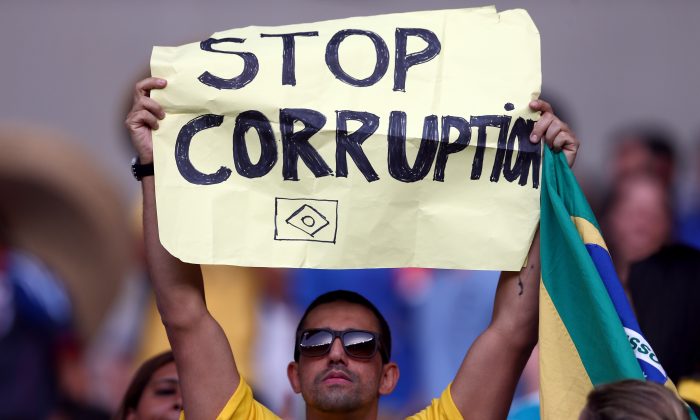 The latest scandal and the arrests of seven top FIFA officials last week didn’t exactly come as a surprise for those who have been following FIFA and its corrupt activities for some time. Fourteen in total were indicted by U.S. prosecutors on charges of bribery, racketeering, and money laundering.

Economics, however, could have already predicted that the governmental structure of FIFA was highly prone to corruption.

Alberto Ades and Rafael Di Tella looked at the subject from the vantage point of firms, governments, and the public in a paper published in 1997—and the theory fits bolt-on for FIFA as well.

They looked at several sets of data from different countries and found out that the “lack of political competition is positively associated with the level of corruption … The raw data also show that the degree of openness is negatively correlated with the … corruption indicators.”

Lack of political competition? Sounds familiar—and in the case of FIFA, it’s any kind of competition really. It was founded in 1904 and has enjoyed a monopoly on hosting the most popular sporting event (the soccer World Cup) in the world since then.

What is funny is that there doesn’t seem to be a lot of competition inside FIFA as well. Sepp Blatter, who has stepped down as president in light of the recent scandal, won re-election four times since 1998 and has served as general secretary from 1981 to 1998.

“It is true that private associations are not required to publish their financial statements. I think there is a lot of privacy for private associations, which is not necessarily a bad thing, but it can help corruption,” says Florian Schwab, a journalist at Swiss weekly Weltwoche.

If we look at FIFA’s inside dealings, such as different country delegates like Chuck Blazer taking bribes in order to vote for a certain country to host the World Cup, classic economic theory kicks in.

According to Ades and Di Tella, the public is interested in maximizing social welfare. In this case, this would refer to soccer fans being interested in a better game and more entertainment.

However, the public has little or no control over FIFA, much less than would be the case for an ordinary country with general elections and a court system.

The bureaucrats are supposed to be controlled by the public, which provides disincentives to corruption, like jail.

The bureaucrats have the objective to maximize utility. For FIFA delegates, this utility could range from jewelry to hookers, as investigative reporter Andrew Jennings outlined in his famous book “Foul! The Secret World of FIFA.”

The bureaucrats are supposed to be controlled by the public, which provides disincentives to corruption (jail), which isn’t the case at all within the FIFA system.

The firms (in this case, the countries trying to host the World Cup) are trying to maximize profits (getting the World Cup), and it is economic for them to offer bribes.

If a firm and or an individual gets caught for taking bribes in the real world, they will be subject to fines and the individual might serve jail time, which economic agents normally take into consideration when calculating their expected profit.

Because of Swiss law, the penalties for either bureaucrats or firms are extremely low. In fact, only now that individuals are under investigation in the jurisdiction of the United States is there the possibility that someone will actually go to jail.

“The legal downside in Switzerland is virtually zero. If you are a private company and you pay bribes of officials of another private company, it’s very likely you won’t get prosecuted. The only case where you have to fear something is where you are doing something that is not in the interest of your employer. Then your employer can sue you. But it is not a criminal offense that is automatically prosecuted by authorities,” says Schwab.

Of course, FIFA never had the incentive to sue its corrupt employees. The only real danger for corrupt officials was to lose their cozy positions. And under Blatter, a lot had to happen before that would happen.

As for the cost of corruption, the paper finds that it lowers GDP growth over time because it penalizes investment, so it’s not good economic practice.

In the case of FIFA, the World Cups go to countries that shouldn’t host them, like South Africa (from an economic point of view) and Qatar (from a weather and footballing point of view). This means a lot of capital is invested in non-economic projects (unused South African stadiums and air-conditioning in Qatar), which therefore lowers future growth in soccer as well.

According to the laws of economics, this is not for the good of the game.