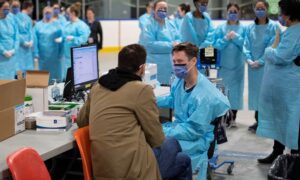 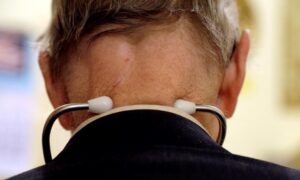 Ontario Could Be Headed for a Primary Care Crisis, Says Medical Association
0 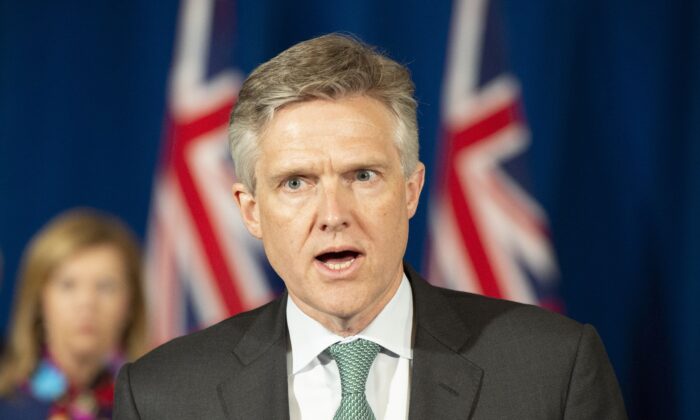 Ontario’s provincial government is facing a deep deficit as it deals with the pandemic—net debt is now expected to reach $397 billion for the current fiscal year.

Experts say COVID-19 cannot account for all of the province’s poor fiscal position, however, and that tough choices must be made.

“It’s disturbing,” Philip Cross, senior fellow at the Macdonald-Laurier Institute (MLI), tells The Epoch Times, noting that Ontario “had a very high level of debt before this crisis.”

“You compare the fiscal numbers for Ontario and Quebec and it’s just shocking. Ontario’s numbers are more than twice as bad as Quebec’s, and I just don’t see that this government has explained to people why our fiscal situation is so much worse than Quebec.”

Ontario’s 2020–21 First Quarter Finances report projected a deficit of $38.5 billion, up from $20.5 billion projected in March. Adjustments include $10.8 billion less tax revenue, $13.1 billion more spending, and $17 billion more in direct responses to COVID-19. On the positive side, federal transfers will be $6.2 billion higher than first expected.

“There’s no indication this government really understands the financial straits Ontario finds itself in and is prepared to take the actions needed,” Cross says. “Just the opposite, they seem to be just continuing the same policies that the Liberals started.”

A recent column by Cross, who spent 36 years at Statistics Canada specializing in macroeconomics, lamented that the province still buys green energy at high prices and had renewed failed Liberal policies of subsidizing residential hydro customers.

He says many in Ontario’s public sector are overcompensated, especially through defined-benefit pension plans.

“I always thought that it’s a bit ridiculous: We’re asking people in the private sector, most of whom don’t even have a pension … to pay taxes so that the civil service can have [defined-benefit pension plans], especially teachers [who] can retire after 30 years in this province,” he says. “The average hydro worker in this province makes well over $100,000. I don’t think we’re getting value for money in that.”

A $9 billion deficit was projected for 2020–21 prior to the pandemic. The fiscal update expects that direct measures to address COVID-19 will cost $30 billion.

“We were on track to balancing the province’s budget. We had to make a swift about-face in March … and today we’re talking about a $38.5 billion deficit,” Finance Minister Rod Phillips said on Aug. 12 upon releasing the First Quarter Finances report.

“Right now, the priority needs to be to provide the resources that are required.”

Premier Doug Ford defended the spending on pandemic measures and acknowledged that balancing the budget in his first term in office as he had planned wasn’t going to happen.

“I’m going to be very frank,” Ford said on Aug. 12. “It was a whole different situation six months ago compared to now. But we’re going to continue to be very fiscally conservative [and] responsible.”

Jasmine Moulton, Ontario director for the Canadian Taxpayers Federation, said in a press release that while it’s to be expected that spending in certain areas such as health care would need to be increased due to the pandemic, “some of this spending is completely unreasonable and flat out wasteful.”

In an email to The Epoch Times, Moulton wrote, “Ontarians desperately needed the government to fix its spending problem before COVID-19, but the government seems to have doubled down on its big spending ways in the aftermath of the economic crisis.”

Ontario’s combined federal and provincial debt in the last fiscal year was the highest among the Canadian provinces, at $668.5 billion. The Fraser Institute notes it’s important to factor in the federal debt because about 40 percent of all federal government revenue comes from Ontario taxpayers. The province’s net debt will rise to a record 49.7 percent of GDP this fiscal year, according to the Financial Accountability Office of Ontario.

An MLI report in 2012 gave Ontario a 79 percent chance of defaulting on its debt by 2042, but Cross says it won’t come to that.

“I’m not a fan of the idea of defaulting. That is sort of out of the question. The Bank of Canada intervened to prevent Newfoundland from defaulting. Ottawa is not going to allow provinces to default.”

Earlier this year, the Bank of Canada launched a Provincial Bond Purchase Program to buy up to $50 billion worth of bonds. Cross says chronic deficits require a more permanent solution.