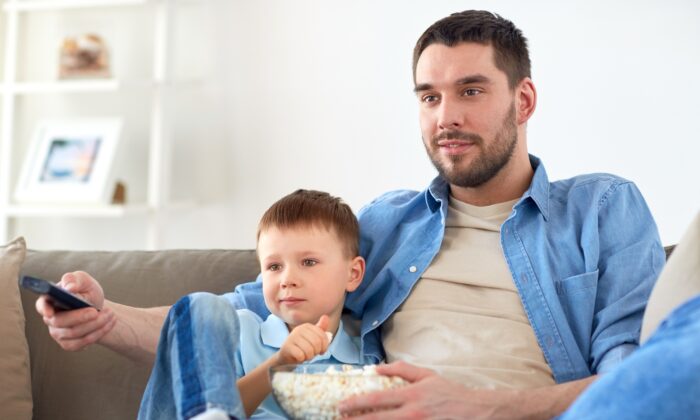 Parents appreciate “Paw Patrol” for what it is: a magical world where talking pups face daily challenges, overcome adversity, find solutions, celebrate, and do it all again. (Syda Productions/Shutterstock)
Viewpoints

It’s a Dog-Eat-Dog World, Kid, but You’re Up for the Challenge

“Paw Patrol, Paw Patrol, we’ll be there on the double.” Sing that line around any parent with a toddler and they will probably chime right in. It is, of course, the theme song of “Paw Patrol,” the wildly popular TV show now in its eighth season that has become one of the biggest hits of its generation.

Those without young children would be forgiven for not knowing much, if anything, about the show. It follows the adventures of five talking, walking rescue dogs who, led by a 10-year old boy named Ryder, save the day in Adventure Bay using resourcefulness, teamwork, and a slew of gadgets to rescue the town and its citizens from various mishaps. Whether it’s a missing chicken, a herd of escaped elephants, or a wayward walrus, the pups use their ingenuity to find solutions, learning moral lessons along the way.

I find the show to be one of the better options to pacify my kids while attending to household chores, as do other parents I know. Although I admit to using the odd streaming service as a way to buy much-needed time or rest, especially during the trying two’s and three’s, I have always remained diligent as to what shows I allow my two children to watch, believing that the “you are what you eat” mantra holds true for more than just food.

To this end, “Paw Patrol” has been a number one favourite for both me and my kids. Cartoons are full of so many subversive messages these days that it was a relief to find a wholesome show that I could plonk them in front of and see no negative side effects in their behaviour, apart from a relentless pursuit of “Paw Patrol” merchandise.

But not all parents have succumbed to the “Paw Patrol” charm. Criminology professor Liam Kennedy doesn’t allow his 2-year-old son to watch the show, which he has admonished for promoting capitalism and unfairly advocating individualism. Kennedy told CBC Radio London that kids who watch “Paw Patrol” over time “might be less likely to critique the capitalist system that causes environmental harm in the first place and reproduces inequality.”

“I would argue that the ‘Paw Patrol,’ as a private corporation, is used to help provide basic social services in the Adventure Bay community,” he said. “That’s problematic in that the ‘Paw Patrol’ creators are sending this message that we can’t depend on the state to provide these services.” He also takes exception to the show’s catchphrase “No job is too big, no pup is too small” because it’s “the kind of message [that] ignores structural barriers in our society.” If your eyes are not rolling by now, they should be.

Kennedy’s key assertion seems to be that capitalism is bad and that individuals should be trained from an early age to rely on the state to fix their problems. It’s not exactly a topic that would make for a riveting kids’ show.

On Feb. 23, Conservative Party Leader Andrew Sheer posted a video to Twitter defending the show’s “less government the better message,” noting that “socialism destroys wealth and inflicts misery on all but the privileged few.” My guess is that Sheer and his family have watched “Paw Patrol,” probably buying themselves some much-needed rest time together.

Maybe too many episodes of “Paw Patrol” have clouded my judgment, but I fail to see anything but absurdity in Kennedy’s arguments against the show—or his critique of capitalism for that matter.

Parents appreciate “Paw Patrol” for what it is: a magical world where talking pups face daily challenges, overcome adversity, find solutions, celebrate, and do it all again. It’s just a children’s cartoon, but the message behind it says: “You can do it, kid. Life is going to throw you a bunch of challenges and you are going to have to overcome them, sometimes on your own. And you know what? With the right attitude and a bit of teamwork, you can do it!”

I love that message. That’s how I want my children to see the world.

That’s so much more empowering than “Don’t bother fixing things, kid. You may as well not even try. You might just mess it up, and besides, it’s the state’s responsibility to solve your problems for you.”

To that end, I consider myself a big “Paw Patrol” fan, and Kennedy’s argument against the show gives me the perfect excuse to articulate the reasons why.