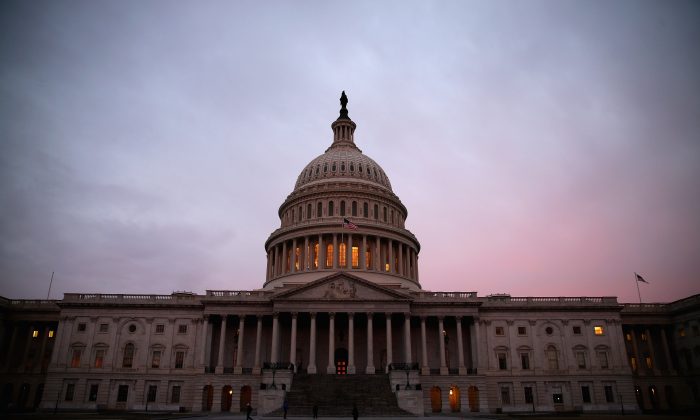 The American Flag flies over the Senate side of the U.S. Capitol. The government and the private sector are plotting to nudge you into acting in your best interest. (Mark Wilson/Getty Images)
News

It’s a Conspiracy, Type B for Benevolent

It’s a conspiracy. But it’s for your benefit. Who’s a good citizen? You are! Yes you are! Want to go for a walk? Want to play fetch? Want to pay your credit card in full each month? Good boy!

The government and the private sector are plotting to nudge you into acting in your best interest. Plotting in plain sight, if that’s not an oxymoron. You can spot the signs everywhere, sometimes on actual signs—the FDA labels that show you the calorie count in a full trough of potato chips, the large print that shows you’ll pay 20 times as much for your TV if you pay the minimum amount due on your credit card every month. It’s libertarian paternalism, brainchild of Cass Sunstein and Richard Thaler. They wrote of a third way, going beyond “now-tired debates between liberals unduly enthusiastic about government mandates and conservatives unreflectively committed to ‘laissez faire.'”

Our government is trying it out all over. Business applications may vary.

Cassius Butts, administrator for Region IV of the Small Business Administration (SBA), described the SBA’s confidential counseling for entrepreneurs and its no-fee loans. “We want people to know so they can make an informed choice in their best interests,” said Butts.

Speaking of labels, one can understand how some food purveyors might hesitate to be honest. Thanks to Bloomberg, in New York every menu item offers its calorie counts. Not so in the hinterlands. I stopped at a chain restaurant in South Carolina. Crab cakes or salmon? Salmon and a few other entrees had a little “700 calories” tag next to it, but few other items had the digits. I asked the waitress—the items with calorie counts are “if you were doing Weight Watchers.”

So everything else had more calories, maybe way more. No crab cakes for me! Who knew how far north of 700 calories they might be?

The calorie labels, the frank credit card statements, and the SBA trying to promote its loans, and consultant services seem beneficial, but the idea has critics.

A main criticism is that the government might be wrong about what’s in anyone’s best interest. Ideas about the best things to eat and drink, for example, change so fast you could get whiplash. Paying off debt and saving for retirement would not be smart during a time of inflation—that’s the moment to run out and buy big stuff (like buildings), and let the debt sit around and lose value.

But I like it. I like the idea of the government trying to chart a middle way between telling people they have to do this or that, and total laissez faire, which “allows businesses to operate with very little interference from the government,” according to Merriam-Webster.

I think the American government means well. It’s made of people, not completely unlike the rest of us, (full disclosure, I spent a big segment of my career in government).

As for actual, not joking, conspiracy theories, they are civic poison. America has made mistakes, and made them public, and made amends. Sen. Dianne Feinstein felt free to accuse the CIA of spying on her committee, and she is not in the hospital with polonium poisoning.

J. Edgar Hoover’s extortion files are now a matter of public record. The Japanese who President Roosevelt interned during World War II got a formal apology and reparations.

We wash our dirty laundry and hang it in the sun to dry. And we want everybody to be healthy, solvent, and well-informed.