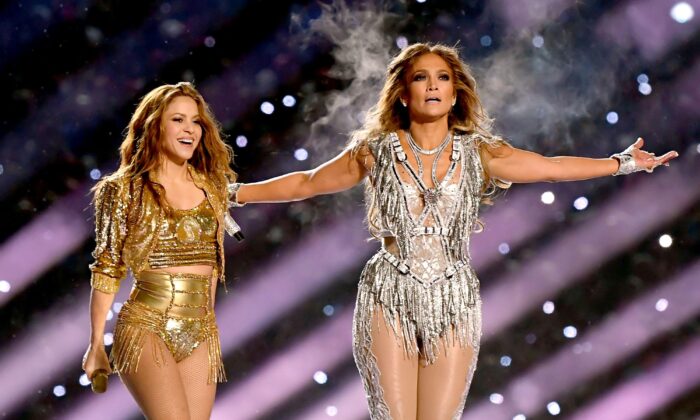 It’s 2020: Why Are We Equating the Objectification of Women With Empowerment?

It’s 2020, and by now we realize women can do and be many things—smart, sexy, brave, beautiful, courageous, intelligent, empathetic, hard-working …

Yet the Superbowl halftime show, which featured Jennifer Lopez and Shakira, two attractive, talented female singers dancing on stage in skimpy clothing and with a stripper’s pole, demonstrated that many still view women as one-dimensional beings who will remain objectified, unempowered, and sexualized.

Of course, the Superbowl halftime show is known for its gratuitous, but entertaining, shows. At last year’s show, a tattooed Adam Levine of Maroon 5 walked around shirtless and jammed to his hit songs. While I expected to see two female stars singing, dancing, and yes, even being super sexy, I didn’t quite expect Sunday evening’s number.

Sunday night’s show had a particularly sexual vibe to it. Lopez performed part of her number on a stripper’s pole, an homage to her blockbuster hit “Hustlers,” while wearing little clothing and baring her behind for the viewers at home. Shakira opened on the floor in a dance that seemed explicitly sexual: grinding, grabbing herself, and emulating sexual positions.

The immediate reaction from fans was that the show was not just sexy and entertaining but a show of female empowerment, especially because the women who performed are over 40 and Latina.

The Superbowl halftime show might seem empowering to women because they’re doing what men do in the workplace: using their strengths, such as they are—in this case, their ability to titillate, sex appeal, and femininity—to gain money, respect, and recognition.

Unfortunately, I don’t think this is empowering; it’s objectifying. We are now decades beyond the point in time when women decried the use of sexual prowess to gain power, a voice, or wealth. This is a generation or more beyond the point when many women felt like using their sexuality at a strip club was a last resort, not their first option.

If women want to get on stage, grab their privates, shake their nearly bare behinds, and mimic sexual acts, let’s call it what it is: Sexy—because sex sells! Let’s not, as a collective, feminist, progressive society delude ourselves and call it empowering.

Anything done in public can and should be both lauded or criticized publicly. As much as I believe in the beauty of sexuality, the power of sex permeates wherever its focus lies: In this case, Lopez and Shakira have managed to co-opt something for the public that should remain private.

Not only that, but this contradicts the typical progressive message that men and women are equals and have little gender differences: This show took the differences between men and women and emblazoned them all over the stage in fireworks, sequined dresses, and hundreds of dancing extras.

There’s another flawed element to the halftime show, and that’s the message it sent to men and women about relational and even workplace dynamics.

I’m honestly surprised that, in a society two years beyond the powerful #MeToo movement that succeeded in stripping abusive, powerful men from their perches because they took advantage of women verbally, physically, and sexually, SuperBowl officials and the network thought this would be an appropriate or important time to roll out two women of color in scanty clothes behaving like sex objects.

Overt sexuality or revealing clothing do not invite or justify abuse by all means, but they do send a message, do they not? If not, why bother? If so, what is that message?

True feminism sought to support women’s equality, to encourage them to find and speak their voice, and to rise to a challenge because they were equal in worth and merit, despite differences. Although feminists say society has advanced, the Superbowl halftime performance showed modern feminism has regressed: We are back to relegating women to a single power grab—sex, not beauty, art, intelligence, or creativity.

This is not only the pure objectification of women in the name of empowerment but it’s also a step backward in the right direction.