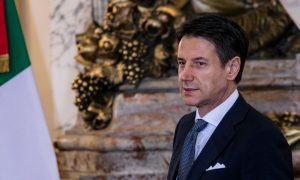 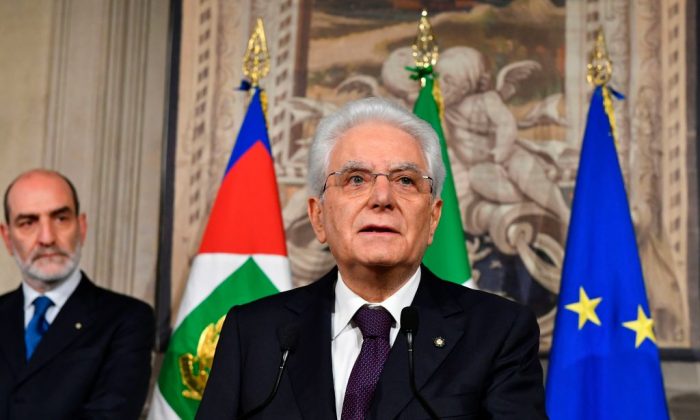 President Sergio Mattarella, who has sought to rein in Italy’s populist leaders, took the government to task for ramming spending plans through parliament and warned that the country’s debt mountain penalizes ordinary citizens.

The head of state used his year-end televised address late on Dec. 31 to issue thinly-veiled reprimands to the coalition dominated by euroskeptic Deputy Premiers Matteo Salvini and Luigi Di Maio, calling for measures promised in the 2019 budget to be “verified attentively” given the lack of debate.

Mattarella criticized the curtailing of parliamentary discussion as the government rushed to meet a Dec. 31 deadline, after a weeks-long clash with the European Commission. “I strongly hope that the parliament, the government and political parties can find the way to hold a constructive discussion on what happened, and ensure adequate debate in the future,” Mattarella said.

A Sicilian former minister and judge, 77-year-old Mattarella worked behind the scenes with pro-European allies in the government to ensure Salvini and Di Maio not only agreed to negotiate on the 2019 budget with the commission but also grudgingly agreed to spending cuts.

The president is seeking to keep both state finances and relations with the European Union on an even keel. That’s a delicate task after voters ditched the establishment that Mattarella epitomizes in March’s general election, exasperated by economic stagnation and by immigration.

In his address from the presidential Quirinale Palace, Mattarella echoed concerns of investors about the impact of populist economics on Italy’s debt, the highest in the euro area in real terms. “The high public debt penalizes the state and citizens, and sets a heavy burden on the future of young people,” Mattarella said.

In contrast to populist challenges to Brussels, the head of state insisted that “Italy has chosen to invest and to live its own future in the European dimension.” He also made a point of wishing a happy new year “to five million immigrants who live, work, go to school and engage in sports in our country.” Salvini has campaigned virulently for curbs on immigration.

“Italy has once again found its borders, its security,” Salvini said, defending his policies in a Facebook video posted one hour after Mattarella’s speech. He also spoke in favor of his pension reform and tax cuts for businesses and said that European parliamentary elections in May will be key to bringing his “peaceful revolution” to all of Europe.

“Mattarella has been a mitigating influence on Salvini and Di Maio, on the make-up of the budget and on relations with Brussels,” said Roberto D’Alimonte, a political science professor at Rome’s Luiss University. “Mattarella has been determined, decisive, without ever seeking direct confrontation.”

But the president’s efforts will become more arduous as Salvini of the anti-migration League and Di Maio of the anti-establishment Five Star Movement kick off their campaigns for May’s European Parliament elections. The two partners are out to please their differing electorates with government measures including a lower retirement age and welfare benefits.

Di Maio said “there are many things still to be done, we are only at the end of the beginning,” speaking on Facebook from the edge of a ski slope on Jan. 1.

The populist leader reiterated a promise to cut the pay for Italian lawmakers and work on environmental issues, adding that it was a pleasure to fight against those “who used public money and national laws to take advantage of a series of rights to which they weren’t entitled.”

Mattarella had flexed his constitutional muscles even before the populist government was born. He vetoed the appointment of a euroskeptic, Paolo Savona, as finance minister. Savona himself suggested Tria, who was accepted by Five Star and the League, thus clearing the way for the administration to be sworn in on June 1.

The president has significant powers to draw on. His duties include ensuring a balanced budget, with adequate funding for new laws, and respect for international commitments. He names the prime minister, appoints ministers on the premier’s suggestion, and dissolves parliament before elections are held.

Mattarella, in a written message to Pope Francis for the 52nd World Day of Peace, said politics should aim for justice, fairness, respect for oneself and others, and making peace.

“With that understanding, politics becomes a permanent challenge of service that can also demand difficult decisions, unpopular choices, the capacity for sacrifice and personal renunciation,” Mattarella wrote in the message dated January 1.