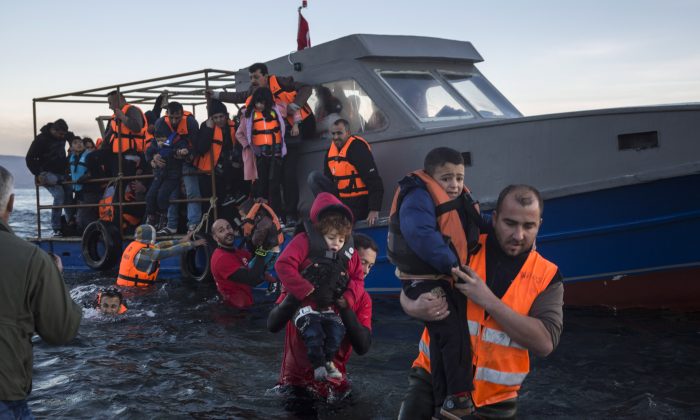 Volunteers help around 50 refugees and migrants to disembark from a vessel after their arrival from the Turkish coast to the northeastern Greek island of Lesbos, on Tuesday, Dec. 1, 2015. (AP Photo/Santi Palacios)
Europe

ROME—Italy hopes the slow pace of relocating asylum-seekers to other European Union countries will quicken.

So far, only 133 of 40,000 asylum-seekers have been resettled from Italy, with the first departing in October. Interior Ministry official Riccardo Mattei said Tuesday that “mutual trust” must develop between sending and receiving countries for the EU program to succeed. He expressed hope that the number of asylum-seekers Italy relocates to other countries will double in the next few weeks.

Another ministry official, Simona Spinelli, dismissed that fears terrorists might use the relocation program to move between countries, saying the refugees undergo criminal background and fingerprint checks.

EU countries receive 6,000 euros in EU funds ($6,500) per each person resettled. Asylum-seekers who arrived in Greece and Hungary are also being resettled.