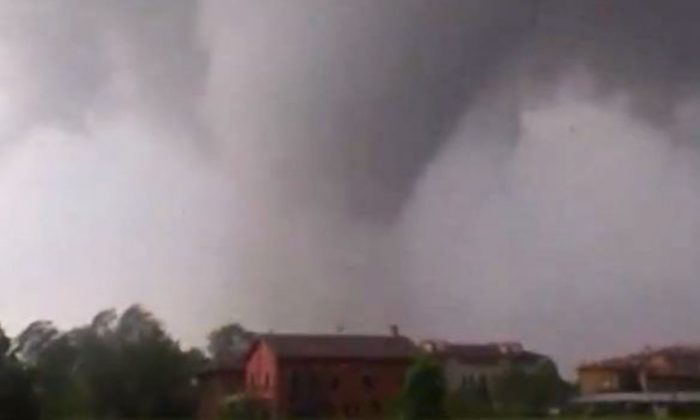 Footage of a tornado that struck northern Italy on Friday, May 3, 2013 uploaded to Youtube. (Screenshot via The Epoch Times)
Europe

Italy tornado: A tornado has touched down in northern Italy and was captured on video.

The tornado, which touched down near Bologna, injured at least 11 people, the BBC reported.

It hit towns and villages near the city, damaging several houses.

Vasco Errani, the governor of Emilia Romagna, called on the Italian government to declare a state of emergency, reported the Daily Telegraph.