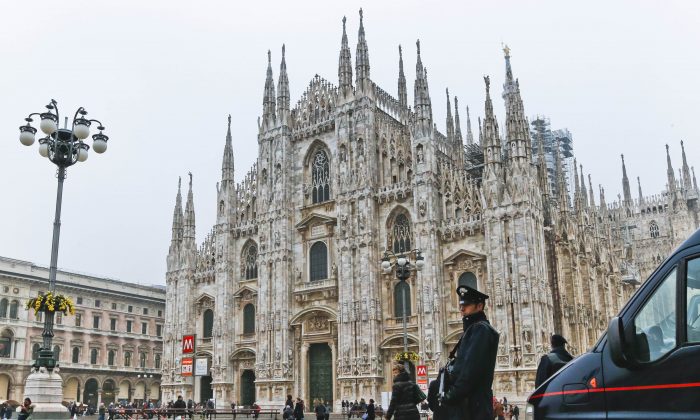 Italy Terror Threat: US Warns of Possible Attack in Rome or Milan

The U.S. passed along information to the Italian government of potential terror threats in Italy, primarily in Rome and Milan.

The State Department is warning that St. Peter’s Basilica in Rome, Milan’s cathedral, and La Scala opera house are the top “potential targets.”

It added that “general venues” like other churches, synagogues, restaurants, theaters, and hotels are also at risk.

“The Italian authorities are aware of these threats,” it added.

The message came just hours after RAI state radio said that the FBI passed on information to Italian authorities about possible attacks.

But the station emphasized that “there are no direct signs of concrete threats” in connection with the information.”

Unnamed Italian government officials noted that they receive information from many sources, and while they’re taking precautions they’re not over-emphasizing the information.

“We always take such signals of alarm very seriously, especially when they come from the United States,” said Paolo Gentiloni, Italy’s foreign minister.

But Italian security services are on the hunt for five terror suspects thought to be in the country.

“As of yesterday our security forces are working to identify five people,” Gentiloni added.

British citizens are also being warned of the potential threat.

“There is a general threat from terrorism in Italy. Attacks could be indiscriminate, including in places frequented by foreigners,” a Foreign Office spokesman told the Daily Star.

“There is considered to be a heightened threat of terrorist attack globally against UK interests and British nationals, from groups or individuals motivated by the conflict in Iraq and Syria. You should be vigilant at this time.”

Gentiloni noted, though, that the warning from the U.S. embassy did not amount to an official advisory for Americans not to travel at all to Italy.

“We must not become prisoners of this alarm because that would be a gift to Daesh,” he said, using an acronym for ISIS, reported The Local.

Italy has stepped up security across the country, including deploying 700 extra troops to Rome.

“Italy has a smaller problem with homegrown jihadists than other Western European countries. Intelligence experts estimate only around 50 Italian residents have gone to fight with Isis in Syria and suspected militants appear to be closely monitored,” the website noetd.

“Interior Minister Angelino Alfano revealed on Tuesday that 55 suspected Islamists had been expelled from Italy since the start of the year, including four radical imams.”