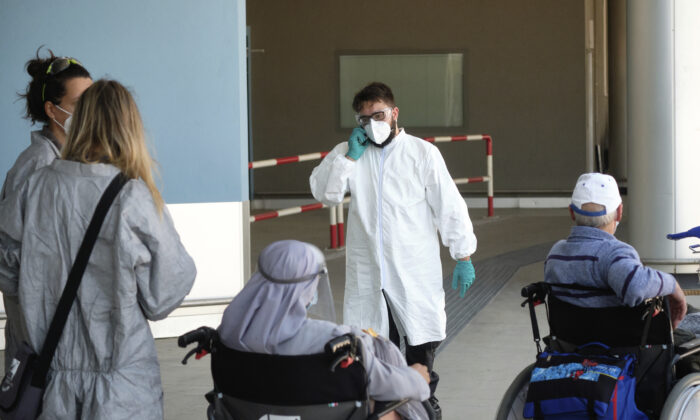 Italian authorities reported the largest increase in CCP virus cases on Thursday in about two months, coming after stringent lockdown measures were eased.

The county’s health officials said that more than 840 new cases of the CCP (Chinese Communist Party) virus, a novel coronavirus that causes the COVID-19 disease, were reported over the past 24 hours.

According to The Local, the tally is the largest rise since the 875 cases that were recorded on May 16 when the country was still on lockdown. It also noted that 642 new cases of the virus were recorded on Wednesday.

“We are not in as bad a position as France and Spain, but the current situation is not satisfactory,” said Professor Massimo Galli, who is in charge of the Sacco hospital’s infectious diseases department in Milan. “The end of confinement has resulted in an excessive feeling of false security,” he was quoted as saying by the publication.

Italy is one of the hardest-hit countries by COVID-19, and it was the first nation outside of China, where the virus originated, to suffer a widespread outbreak.

“All the indicators keep going up and the transmission of the virus is getting stronger among all ages groups affected, young adults in particular,” the health ministry said in a statement, confirming the new daily toll.

Macron, meanwhile, said that despite the rise in cases, a lockdown will cause “considerable” amounts of “collateral damage.”

“Zero risk never exists in any society,” he said, according to an interview he gave with Paris Match. We must respond to this anxiety without falling into the doctrine of zero risk.”

Germany recorded 1,707 new cases of the virus in the last 24 hours, which is its reported highest daily toll since April, according to the Robert Koch Institue, Reuters reported.

“There is no doubt that if the incidence increases, mortality will end up rising to,” Pere Godoy, the president of the Spanish Epidemiological Society, reported El Pais. “It is to be expected that this rise is not as steep as that registered in the spring, given that many of the people being diagnosed now are young, healthy and even asymptomatic.”