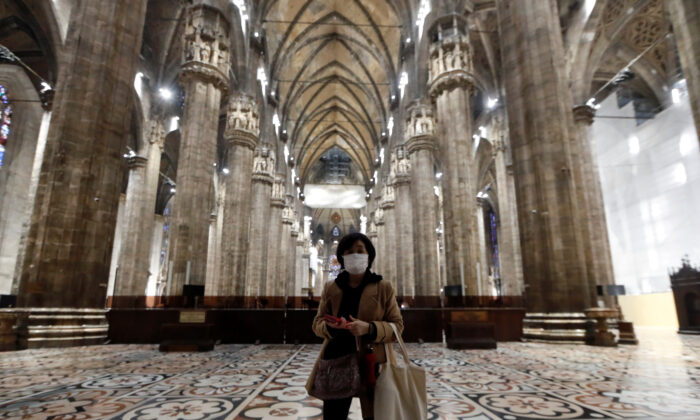 Italy Shuts Down All Schools Over Coronavirus Outbreak

Italy’s government announced it will close all schools and universities across the country to prevent the further spread of the COVID-19 coronavirus after thousands have cases have been reported in more than a week.

All schools are slated to be closed starting Thursday, March 5, and will be shut down until Saturday, March 15, according to Prime Minister Giuseppe Conte and Education Minister Lucia Azzolina. The move will affect about 8 million students in the country.

“I hope pupils can return to school as soon as possible… my commitment is to ensure that the essential public service, albeit from a distance, is provided to all our students,” Azzolina said in a news conference.

Italy already suspended school in the northern part of the country, the site of a COVID-19 outbreak. Overall, more than 3,000 cases of the virus have been confirmed in the country—the most in Europe—along with 107 deaths, the country’s health agency said.

“We’re focused on adopting all measures to contain or slow down the virus, because we have a health-care system that, however good and efficient it may be, risks being overloaded,” Conte said, according to the Wall Street Journal.

A number of towns and villages in the outbreak epicenter have been sealed off by police and army roadblocks, namely in an area near Milan.

“Children could amplify the epidemic, and carry the disease to their grandparents. Paradoxically, school closures help protect the elderly,” said Giovanni Rezza, who heads the infectious-disease department at Italy’s National Health Institute, in a news conference.

“I hope pupils can return to school as soon as possible… my commitment is to ensure that the essential public service, albeit from a distance, is provided to all our students,” Azzolina said.

The move, she added, that closing down universities and schools “wasn’t a simple decision” after they heard the opinion from health officials.

“We decided to suspend teaching activities from tomorrow till 15 March. It is a decision of impact; I hope the pupils will return to school as soon as possible,” she said, according to The Guardian.

Health officials have already given guidance to people not to use the traditional Italian greeting of kissing on the cheek and hugging. They have also been encouraged to avoid public and crowded areas and keep a distance of two meters (about 6.5 feet) from each other.

Meanwhile, individuals over the age of 65 have been encouraged to stay at home, as they are the group that is most at risk of succumbing to the virus, said officials.