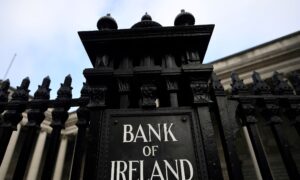 With Italy facing issues of immigration, racism and discrimination, which have been exacerbated by the economic downturn, a photography exhibit in Rome has set out to offer Italians a window into immigrants’ life.

Sponsored by the National Bureau Against Racial Discrimination, “Italy Close-By” (L’Italia accanto), was featured in Rome’s Vittorio Emanuele Square last week as an opportunity for both Italians and immigrants to learn from each other—an important step in overcoming their differences.

Based on the premise that an immigrant is a guest, not an invader, the exhibit’s creator Carlo Moccaldi hoped his photographs would help Italians see migration as a normal part of everyday life, while at the same time providing a venue for immigrants to showcase their culture, customs and traditions.

Born in Italy in 1967, Moccaldi, a journalist and the editor of Mosaici Magazine, explained his approach to photography.

Under the title “The New Italians,” Moccaldi presented his photographs of Indians, Roma people, Pakistani, Chinese, etc. The images illustrate scenes from the daily life of the immigrants, and whether in black and white or color, the story of each photo is alive and real, conveying the message that immigrants are regular people with their joys, hardships, hopes, customs and traditions.

Moccaldi explained to The Epoch Times what he believes to be the basis of Italy’s racist mentality. “Italians are afraid of immigrants. But migration should be something normal.”

He added that this fear is inflamed by the political class as well as by the media, which have linked immigration to the economic crisis. As a result, many Italians’ anger and resentment is channeled toward immigrants who are now blamed for the country’s poor economy.

“There are raids, controls, there is talk about “Italy,” “Italians,” “foreigners.” In this way, public institutions encourage ordinary people to discriminate,” Moccaldi said.

A study of Italian newspapers showed that 90 percent of the news involving immigrants is focused on “immigrants’ reactions.”  In other words, the articles depict how immigrants reacted at a certain point, but provided scant information about how the event was generated, the context in which it happened, etc.

“Many Italians know immigrants more from hearsay, stories, their friends, the media, but not from personal experiences”, he said.

“Immigrants cannot do anything because they don’t have a voice. They should join together and they should work together with those who can help them. From the beginning, the immigrant finds himself in a difficult situation from an emotional point of view. In this way, he can be brought down more easily.”

Moccaldi invites “new Italians” to not hide themselves inside their own community but to communicate both with different immigrant groups, as well as with Italians. They should be more open, even if it is not easy, he said.

Regarding the attitude of the authorities, Moccaldi believes it to be “a bit strict.” His opinion is that true safety doesn’t result from street militarization but from co-habitation. Having people live together is the only way to true safety—people live and reside in the same place, begin to know each other, help each other, and support each other. In this manner, not only is there a decrease in discrimination, but also in the crime rate.

Moccaldi now has plans to take his exhibit across Italy, stopping in markets, schools, streets—places where there are many people. In this manner, people are forced to see, to look and then to understand.

On June 21 of this year, Rome will host a festival of multicultural photography. For 2-3 days, immigrants and Italians alike are invited to exhibit their photos, thus contributing to an image of greater cultural diversity.