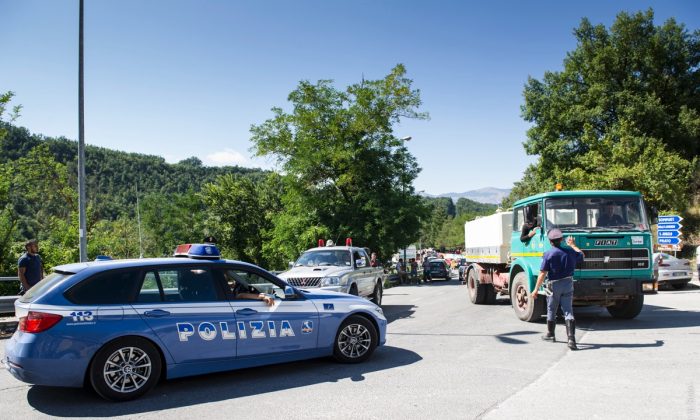 Italy Investigates US Servicewoman in Crash That Killed Teen

ROME—Italian authorities Monday were investigating a U.S. servicewoman, stationed at an air base in northern Italy, for alleged vehicular homicide in the death of a 15-year-old boy struck by a car on a town road.

The woman was driving a car which crashed into the curb at the edge of a roundabout about 2:30 a.m. Sunday in the town of Porcia, about 9 miles from Aviano base, Italian media said.

Giovanni Zanier was chatting with two friends on a cycling path near the road, when he was hit and his body tossed dozens of yards away by the impact, Corriere della Sera said. He died while being transferred to a hospital. His friends were uninjured.

U.S. military authorities expressed “deepest condolences” and said they are working closely with Italian law enforcement. “The young man’s family and the local community are in our hearts and prayers,” said a written statement from base authorities. They declined to give any details, and U.S. authorities didn’t identify the woman.

Italia media said that the driver, 20, was placed under house arrest on base while the investigation by local prosecutors continues.

Immediately after the crash, she stopped to lend help and called for medical assistance, Italian media said.

No one answered calls to the office of Pordenone Prosecutor Raffaele Tito. Corriere della Sera quoted him as saying on Sunday that if any indictment results, U.S. authorities could invoke jurisdiction under an Italian-U.S. military treaty under NATO auspices.

That could mean any prosecution would be handled by military authorities in the United States, similar to what happened after a U.S. Marine jet, after taking off from the Aviano base in 1998, clipped a cable running over a mountainside, sending a cable car plunging into a slope and killing 20 Europeans aboard.

Townspeople complained that the roundabout was poorly illuminated. Mayor Marco Sartini told Sky the lighting was cut back in line with Italian government appeals to reduce energy use amid feared shortages linked to uncertainties surrounding Russian energy supplies amid the war in Ukraine.

Beyond any other responsibility for the crash, “I hope the town reflects on the situation of the street lighting and signage,” Ada Zanier, an aunt of the victim, told Sky. She added that ”a series of other accidents” had occurred in the roundabout area.

The 1998 crash provoked national outrage in Italy. In that accident, a Marine EA-6B Prowler swooped through a valley just above the treetops, severing the cable with its tail fin before returning safely to Aviano base. The pilot was eventually acquitted of 20 counts of involuntary manslaughter in a court martial in the United States.