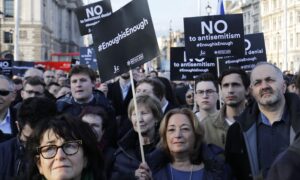 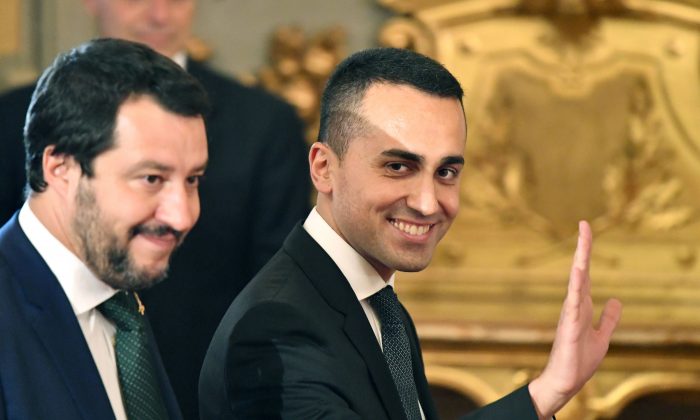 Exiting the euro won't help Italy if it doesn't reform

The populist coalition in Italy has presented an “economic” program and a threat to the European Union that makes Greece look like a walk in the park. The Italians have more debt, are more intertwined with the European banking system, and have even drawn up a plan on how to leave the Euro.

But where do Italy’s economic problems come from? They are self-inflicted and not due to the Euro.

Italy has had more governments since World War II than any other country in the European Union—more than 65, depending on how one counts.

Governments of all colors have consistently promoted inefficient dinosaur “national champions” and state-owned semi-ministerial corporations at the expense of small and medium enterprises, competition, and growth.

The labor market is very rigid, resulting in high unemployment and differences between regions.

The financial system is plagued by inefficient municipalities and finance-bloated local and national government spending. Banks were incentivized to lend to obsolete and indebted state-owned companies in their disastrous empire-building acquisitions. Italy now has the highest non-performing loan figure in Europe.

A thriving export and small enterprise ecosystem is limited by taxation and bureaucracy. This makes the thriving companies smaller and motivates them to look for opportunities outside of Italy.

Because of the above, government spending continued to rise well above revenues. As Italy—like Spain and Portugal—decided to penalize high-productivity sectors with rising taxes, revenues fell short, while expenditures for bureaucracy and the welfare state continued to rise. Italy, like so many peripheral countries, crowded out the private sector with its bloated and inefficient public sector. It is not a coincidence that most citizens in Italy, like the Spanish and the Portuguese, prefer to be civil servants rather than entrepreneurs.

It is no wonder that, while private companies managed to survive and improve in spite of government, debt and non-performing loans soared.

Now the Italians blame the euro, as if the same crowding out would not have happened with the lira.  The only difference is that outside the euro, the government would have destroyed savers and citizens through constant “competitive devaluations” of the local currency that were the cause of the economic weaknesses of the past. Constant devaluations did not make Italy, Spain, or Portugal more competitive; they made them perennially poor, and they perpetuated their imbalances.

What solutions do the populists offer? More of the same.

“Some of the statements are obscure, while some other statements imply options which are unconstitutional. The debt forgiveness of 250 billion euro which was in the first draft of the populist coalition agreement, has been substituted by the demand that the Debt held by the European Central Bank (ECB) after QE is not accounted for in the Debt/GDP ratio.

“The opt-out clause from the Euro has been substituted by a demand for a full renegotiation of EU treaties. But above all, the measures outlined would imply an additional deficit of some 130 billion euro by 2020 a deficit of about 8 percent of GDP.”

Italy has shown that accepting the populist argument of nonexistent austerity and allowing imbalances to increase in order to contain rising political backlash, has only created more demands for excess. Italy has not implemented any austerity, just moderate budget control.

And the nonexistent austerity has led to madness. Populist parties behave like those children who receive a treat if they stop behaving badly. So they continue to misbehave because they think they will receive more candy.

The funny thing is that millions of Italians and Europeans think that their pensions, their public salaries, and their health care would be maintained or increased by defaulting and leaving the euro.

There is not a single case in history in which a default and exit like that of Italy has not generated huge cuts in public expenditures. There is not a single case in which the welfare state has not been massively cut in real terms with the devaluation. Whoever thinks that is a great idea should review the history of the hyperinflation after the Soviet and the Yugoslav currency unions collapsed in the early 1990s.

Argentina didn’t exit a currency union, but its default in 2001 led to a massive crisis, as did Russia’s default in 1998. Yes, the debt slate was wiped clean, but if production doesn’t increase, then the country is as poor as before. Yes, the government can print paper money and give it to the people, who will compete to buy the level of goods and services as before the devaluation.

Production can only increase by reducing red tape and lowering taxes, thereby getting out of the way of the private wealth creation process. Either way, it won’t come without a painful adjustment process.

Looking outside of Italy, if the Italian measures are accepted by the EU, it will lead to other spendthrift states doing the same, ultimately destroying the European Union in the next debt crisis.

In the next six to eight years, Italy has to repay about 350 billion euros in government debt, more than 300 billion in nonperforming loans within the banking system, and approximately 65 billion in debt from the largest Italian companies.

Effective default would mean the bankruptcy of the social security and pensions, and the collapse of public salaries and savings. The hardest-hit group would be the Italian savers who hold the majority of their money at the morbid Italian banks.

But the collapse of the banking system and rises in bond yields would lead to the drying up of credit to companies and families, no matter how competitive Italian exporters may be. Exiting the euro would lead to a huge devaluation and a domino effect in bankruptcies.

The problems of Italy—or Spain, or any other European nation—are not solved by destroying the country and the currency.

In this dire scenario, it seems naive to me that the European Commission thinks it can place “safe” bonds, repackaging precisely the bad government debt from the likes of Italy and Spain—all while politicians in these countries think that the only solution to their problems is default and devaluation.

Nevertheless, the European Commission wants to bundle debt from several states in a “safe bond” through a structured product, the ESBie. Sound familiar?

“Only private investors would share the risk and losses,” states the draft of the Commission. This new example of subprime government debt shows the European Commission does not understand that packaging German bonds with Greek bonds does not make Greece safer but rather Germany riskier.

Standard & Poor’s has already stated that it would not grant ESBies the highest rating, which is what the European Commission naturally thinks those bonds should get. At least it looks like the rating agencies learned something from the last crisis: They have already made the mistake of giving unjustified credit ratings to the American state-sponsored entities Freddie Mac and Fannie Mae.

ESBies are a new demonstration of how little Europe understands risk, markets, and reality. The program of the Italian coalition demonstrates that national populism without reform policies isn’t much better than the EU alternative of technocratic bureaucracy out of Brussels.

Daniel Lacalle
Daniel Lacalle, Ph.D., is chief economist at hedge fund Tressis and author of “Freedom or Equality,” “Escape from the Central Bank Trap,” and “Life in the Financial Markets.”
TOP NEWS