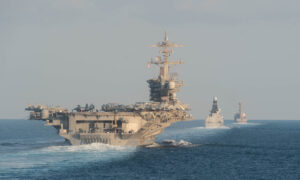 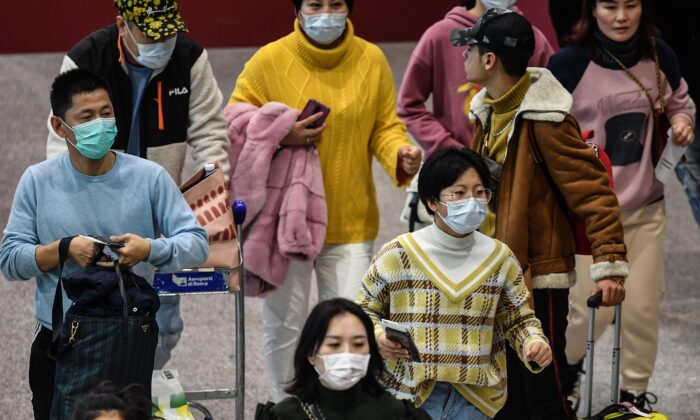 Passengers wearing respiratory masks walk across a terminal towards the check in counter at Rome's airport in Italy on Jan. 31, 2020. (Tiziana Fabi/AFP via Getty Images)
WORLD

Italy confirmed the third coronavirus death on Sunday, identifying the case as an elderly cancer patient.

The elderly woman was stricken in Crema, located in Lombardy, where most cases have been reported in the country, said Italian officials.

“She had been hospitalized for a few days,” Giulio Gallera, Lombardy’s top health official, said in a news conference. “She’d been tested and they already knew she had the coronavirus.”

As reported by the AFP news agency, Angelo Borrelli, the head of Italy’s civil protection agency, said that 152 people in Italy are confirmed to have contracted the virus, which causes the disease COVID-19 and has triggered lockdowns in China and South Korea.

On Feb. 21, Italy announced its first coronavirus death, saying a 78-year-old man died in Veneto. On Feb. 22, a 77-year-old woman from Lombardy died, prompting lockdowns in about a dozen cities in Veneto and Lombardy.

Public events such as sports have been canceled, while schools have been closed down, the BBC reported.

“As a precaution, I think that the schools have to be closed in Milan. I will propose to the president of the region to enlarge the precaution to the entire metropolitan city area. It is just a precaution, we don’t want to create panic,” said Giuseppe Sala, the mayor of Milan, according to the broadcaster.

Prime Minister Giuseppe Conte said on Feb. 22 that “extraordinary measures” will have to be taken, including quarantines that would last for several weeks. He said that police and Italy’s armed forces may have to enforce the measures.

“I was surprised by this explosion of cases,” he told media outlets, adding that COVID-19 cases are sure to rise in the coming days. “We will do everything we can to contain the contagion.”

Italian health authorities said they are still trying to find the first person to transmit the virus in the country.

“If we cannot find ‘patient zero’ then it means the virus is even more ubiquitous than we thought,” said Luca Zaia, the regional governor of the wealthy Veneto region, according to Reuters.

Meanwhile, South Korea announced 169 new cases on Sunday, with 95 of them being linked to a Christian church in Daegu, bringing the total to 602. Iran confirmed 43 cases of the virus and officials said eight of them have died.

Japanese officials confirmed 826 cases by Sunday, with most of them coming from a quarantined cruise ship near Tokyo, the Diamond Princess. A third passenger, a Japanese man in his 80s, died Sunday, The Associated Press reported.