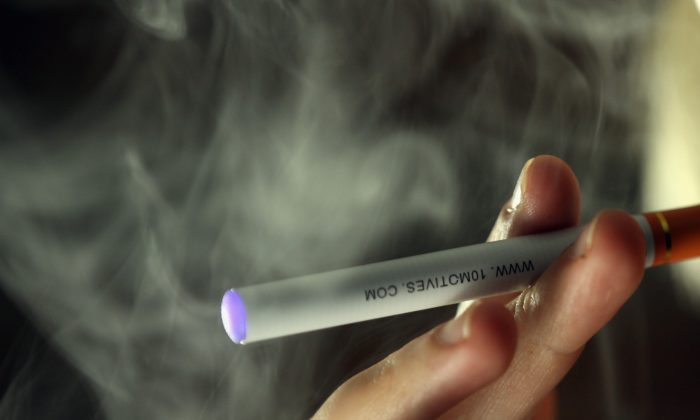 FLORENCE, ITALY—The Italian union of tobacco operators last week lodged an appeal with the regional court of Lazio, in an attempt to block the sale of electronic cigarettes.

The case is the latest in a series of actions taken by the tobacco industry which believes the spread of electronic cigarettes is hammering a trade already squeezed by counterfeit trading and smuggling.

The Italian government has not yet fully regulated the e-cigarette phenomenon, and there is uncertainty about its potential impacts on health and the economy.

“It’s unfair competition,” says Enzo Perrotta, president of the union of tobacco operators in a press release. Perrotta says that e-cigarettes should be subject to taxation just like traditional ones, and that their distribution should be done selectively. “Electronic cigarettes are a way of consuming nicotine, they are just selling cigarettes in liquid form.”

The electronic cigarette, a battery-powered cartridge that heats a liquid solution with various flavors (with or without nicotine), was patented in 2003 by a Chinese pharmacist. It arrived in Italy in 2009, quickly gaining popularity.

There are now more than 1,000 stores and nearly 400,000 consumers, according to Anafe, the association that represents the ‘electronic smoking’ industry in Italy. A recent Doxa survey showed that out of 10.8 million tobacco users, 20 percent are using or intend to use e-cigarettes.

The turnover for e-cigarettes was 90 million euros ($11.5 million) in 2012, a 25 percent increase on the previous year, according to the Italian consumer association.

The ‘traditional’ tobacco industry has been hit hard.

“There is a very large drop in consumption due to smuggling, counterfeiting and the dissemination of the electronic cigarette,” said John Risso, National President of the Federation of Italian Tobacconists (FIT) in a statement. “If the trend of the decline in consumption of manufactured tobacco continues, the impact on employment would be devastating: about 20,000 jobs would be at serious risk. “

According to FIT, if tobacco tax duties were applied to e-cigarettes, the government would net around one billion euros ($1.28 billion).

The frame-work of legislation surrounding the e-cigarettes has started to grow.

Starting May 1, e-cigarattes became subject to the same ban on sales to minors as regular cigarettes, following a study conducted by the Italian Institute for Health Risks. E-cigarettes have been banned on trains and domestic flight. The town of Coldogno in Province of Vicenza has become the first to ban them in public buildings.

The European Respiratory Society, believes that they pose significant risks to health, due to the possibility that the fluids used may contain toxic substances.

The Italian health institute report says: “The electronic cigarettes raise concerns for public health because of the fact that they could pose a risk of initiation to conventional cigarettes”.

But proponents of argue that instead of being a gateway to nicotine addiction, e-cigarettes offer a way to severing the addition to harmful ‘traditional’ tobacco cigarettes. The Doxa survey found that 70 percent of consumers are using e-cigarettes as a means to quit smoking.

“I used to smoke more than a pack a day,” says an executive of a pharmaceutical company who asked to remain anonymous, “then I tried [e-cigarettes] thanks to a friend. I stopped using traditional cigarettes. I feel better physically and I’m saving money. I am amazed by the polemic concerning the alleged harmfulness of electronic cigarettes. I think it is a matter of loss of money for the government, which can’t apply taxation to them yet. “