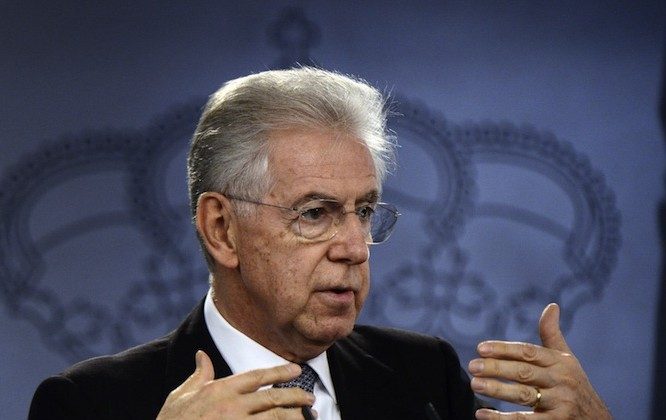 Italian Prime Minister Mario Monti on Monday insisted he will serve out the remainder of his term until the election next year, dismissing claims that his government might collapse.

“I think that the best thing for us to do is continue to work with a time horizon of spring 2013 as has always been our intention,” Monti said, according to Reuters.

He made the statement after former Prime Minister Silvio Berlusconi over the weekend threatened to pull the center-right party’s support for Monti’s government.

“In the next few days we will decide with the leadership of my party whether it is better to immediately withdraw our confidence or to keep it, given the upcoming election (in April),” Berlusconi said on Saturday at a press conference, according to AFP.

“We need to weigh this government policy that leads to a spiral of recession for our economy,” said Berlusconi.

Vice-chairman of Berlusconi’s People of Freedom (PDL) party Osvaldo Napoli, downplayed Berlusconi’s comments. He claimed the former prime minister was “venting” his anger and noted that “a change in direction could destabilize the party’s strategy,” reported AFP.
On Friday Berlusconi was sentenced to four years in prison for tax fraud as well as banned from holding public office.

Monti, however, said on Monday that the former premier’s comments were not a threat to his government. He added that neither he nor the unelected technocrat officials who comprise his government are seeking office after their terms run out.