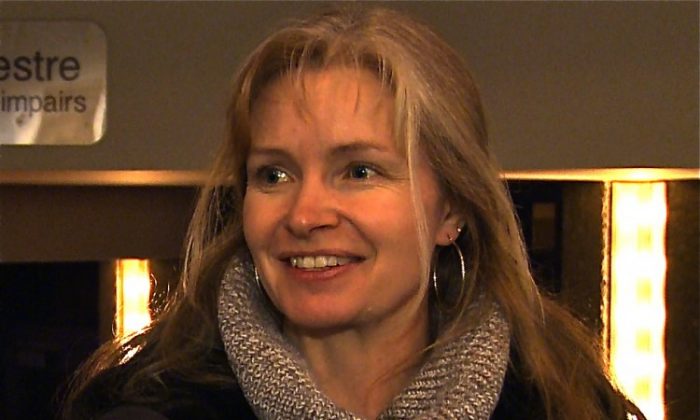 “I loved it. It was beautifully presented, beautifully artful. I loved the music, and the dancing was wonderful,” she said.

The hallmark of Shen Yun is classical Chinese dance, an art form that has developed over China’s long history, built upon a deep foundation of traditional aesthetics and rich with expressive power, according to the group’s website. The show also includes a number of ethnic and folk dances.

“I took years of dancing and I know what those dancers went through to do that and I am very impressed. It’s incredible,” said Ms. Tegrotenhuis, who is also a registered massage therapist.

New York-based Shen Yun showcases story-based dances that depict myths and legends from ancient China as well as topical issues of today, such as the peaceful resistance of practitioners of Falun Dafa, also known as Falun Gong, in response to persecution by the Communist regime.

The guiding principles of Falun Dafa, truthfulness, compassion, and forbearance, are rooted in traditional Chinese culture.

“I am with United Church of Canada, and I very strongly believe in people’s right to their spiritual freedom, whatever that is, and I really like having that message portrayed today,” said Ms. Tegrotenhuis.

“It was beautiful, it’s a nice combination. It was very nice,” said Ms. Tegrotenhuis, who came to see the show with her family.

“We had our three young girls with us today, and they really enjoyed it,” she said, adding that she, too, thoroughly enjoyed the performance.

“It was a beautiful, colourful, lovely experience. I just loved it. It was a cultural experience right here at home.”