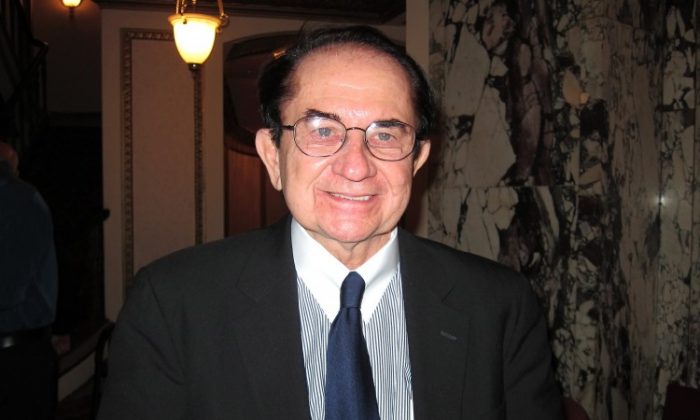 Shen Yun’s mission is to bring to the world a lost treasure, 5,000 years of divinely inspired culture through the universal language of dance and music.

“I think that’s an excellent format, it really gives you some insight as to what the program is evolving into from the beginning to the end,” said Dr. Gasior.

He was impressed by the opening number, Descending to the World, and said, “It was superb, I thought everything—was quite excellent.”

The performances of classical Chinese dance particularly resonated with Dr. Gasior, as he had spent time in Asia. “It’s superb, it’s excellent especially because I spent some time in South East Asia in the military, I have a little more appreciation for this culture, so it’s exciting and the discipline of the choreography and the technicality of the performance is superb!”

An integral part of the performances is the Shen Yun Orchestra, which has been highly praised by audience members world-wide. Dr. Gasior said, “Outstanding! They are so perfectly synchronized, expert.”

“In less than ten minutes each, Shen Yun dances recount ancient myths, bygone heroes, or celestial paradises,” explains the company’s website. “Whether set in the past or in contemporary China, every dance embodies traditional Chinese values. Ideals of loyalty, filial piety, and veneration for the divine are cherished and celebrated. Heroes are extolled for their compassion and tolerance as much as their courage or determination when facing adversity.”

He felt that the ideals portrayed in Shen Yun could benefit society, and said, “I think we’ve lost a lot of discipline in terms of morality in our rules and regulations about kindness to others and what our priorities in life are.”

Dr. Gasior said he would recommend Shen Yun to his friends and colleagues. “I would recommend. It’s superb and a great experience, especially for the younger members of our society. It’s quite an experience!”