Following the Science: Politicians and Experts
0 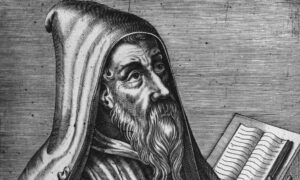 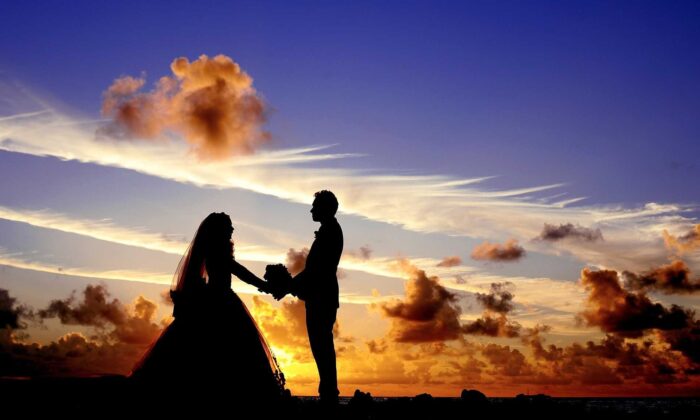 It Is What It Is: The Future of Marriage

Is marriage fading as it loses its essential and distinguishing qualities? If so, can it be saved? Or is marriage simply changing in non-essential ways, while remaining the same institution it has always been? What is marriage anyway, what explains its key features, and when does it cease to exist and become something else? What can be done to support and preserve marriage who want it?

As sex gets cheap, marriage gets expensive. So argues sociologist Mark Regnerus, author of “Cheap Sex” in his new book, “The Future of Christian Marriage.” The traditional exchange whereby men sought sex and women exacted promises of commitment and marriage—enforced by social norms and, in the event of pregnancy, by the girl’s family (the “shotgun wedding”)—has given way.

Marriage used to be a path to adult status, a foundation on which a young couple built a life together, exchanging resources and making a home and the means of providing for the children they anticipated. Instead, it has become a capstone, a sign and celebration of achievement rather than a path to it. Marriage is more likely to follow than precede completing education, establishing a career, and securing housing and assets. The capstone vision of marriage depends on cheap sex, Regnerus argues, and would collapse without it.

Is Marriage Changing or Receding?

Some commentators minimize these changes. Nothing to see here, they say, except people getting married a few years later, having fewer children, with some more inclined to cohabitation as an alternative to marriage and others as a precursor, a kind of live-in engagement. In some countries, people of the same sex have access to legal marriage as couples. Some, like the New York Times with two polyamory-promoting articles in eight days, are pushing for social acceptance and legal recognition of polyamory, a marital bond involving three or more people.

Regnerus examined the question of marriage by interviewing serious Christians, those seemingly most likely to hold a traditional view of marriage. His team interviewed almost 200 young Christians in their 20s to early 30s, some married, some not. They were Catholics (of both Roman and Maronite rites), Orthodox, Evangelicals, and Pentecostal. In all seven countries studied—as different culturally, politically, and economically as the United States, Nigeria, Russia, Poland, Lebanon, Mexico, and Spain—the interviewees articulated and affirmed an understanding, in line with Christian teaching, of marriage as a sacrament or covenant, involving the gift of each to the other, sacrifice, and openness to children.

In all those countries, however, the team found, among those same informants, a strong influence of wider secular pressures and tendencies—to later marriage, fewer children, and support for cohabitation and premarital sex. Everywhere the interviewees, like secular people, talked about marriage, not as a path to or foundation for adult life, but as a capstone to what they had achieved prior to marriage, in education, career, and housing. Regnerus’s conclusion is that marriage is not changing but receding.

In one view, “marriage” is a malleable, elastic concept. It changes, even substantially, over time while remaining recognizable as marriage. In Regnerus’s understanding, on the other hand, marriage has a core definition and key supports without which it falls apart and is no longer marriage. It loses any rationale, coherence, or boundaries with other kinds of relationship like those involving partners, friends, or family members.

In his treatise “Of the Good of Marriage,” Augustine (354–430 AD) defended the greatness and dignity of marriage. He described three fundamental values or “nuptial goods”—offspring, chaste fidelity, and the unbreakable bond—that are essential and defining properties of marriage that distinguish it from all other relationships between two persons.

Consistent with this approach—and with the outstanding 2012 book “What Is Marriage?” by Girgis, Anderson and George, just republished in a second edition—Regnerus defines marriage as the exchange of resources between husband and wife (in a sexual union) that rests on four central supports. These are (openness to) children, permanence, fidelity (i.e., exclusiveness of the pair bond) and totality or comprehensiveness—a union in all aspects of life, sexual, spiritual, material and so on, not a limited partnership or “friendship with benefits.”

Without such a definition of marriage, it’s hard to see what rationale the institution has or what purpose it serves, or why the state or church should be involved in it at all.

Marriage, which long preceded both church and other faith traditions, offers the optimum context for the raising and socializing of children. That’s what provides the state’s and society’s interest in it in the first place. As we find in the earliest legal codes, predating Christianity by millennia, the social purpose of marriage as a legal institution was to create and sustain fatherhood as a social and legal state that assured children, where possible, the right to be raised by their own two biological parents.

The United Nations ratified the Convention on the Rights of the Child as recently as 1989. The Convention asserts the right of the child, as far as possible, to know and be cared for by his or her parents. It stands in stark contrast to more recent views, say of surrogacy, in which the child is created on assignment as a commodity with the intent from the start that he or she will never know his or her mother or she her child.

Some marriages, of course, do not produce children, and in no marriage does every procreative act result in pregnancy. Those facts do not undermine the centrality to marriage of children and of the one and only sexual act that produces them.

In both civil and canon law, the conjugal act, whether resulting in pregnancy or not, is required to consummate and perfect the marriage—a clause to which exceptions were made in recent years (in the case of two people of the same sex and so intrinsically incapable as a couple of procreative sex) or that was abandoned altogether. But the nature of the conjugal act itself, as inherently of the kind that produces new life, was until yesterday basic to the purpose and understanding of marriage. Without that orientation to children and openness to life, the distinctive nature of marriage disappears.

Marriage is meant to be permanent and exclusive, an unbroken bond between man and woman that lasts until death. Neither the bond nor the fidelity of husband and wife to each other characterizes other kinds of friendship. The married couple is a single reproductive system, comprising a male and a female part.

Other kinds of friends do not usually see sex as intrinsic to their relationship, nor love as requiring exclusiveness, the complete gift of self in a comprehensive bond that by its nature excludes others. Nor are other kinds of love, such as that between parents and children, or siblings, or close friends, total in the sense of tying people to each other on every level and in every sphere of life, sexual, spiritual, or emotional.

It Is What It Is

Marriage is what it is. It’s not for everyone and never has been. Some seek to extend the definition of marriage to include same-sex couples, or throuples, or other combinations of people of various numbers and sexual orientations. They have made strong headway with great speed and little or no argument.

But whatever one’s views of these other kinds of sexual relationships and their consequences for individuals and society, they lack some or all of its defining features and so in that sense are not marriage at all. The shift in practice away from marriage as the way a young couple builds a foundation for a fruitful life together toward a capstone view, even among practicing Christians of different traditions and in different countries and cultures, signifies not a change in marriage itself, but its fading. It’s a loss of interest in what marriage is.

Despite this gloomy picture of marriage and its prospects, Regnerus does not believe marriage will disappear or dissolve completely into state-registered friendship. The reason is that society cannot thrive or reproduce itself successfully without it.

There have been many attempts to dispense with marriage or define it out of existence, some of which, like that of Soviet Russia in the 1920s, Regnerus discusses. Such attempts to deinstitutionalize marriage and get state and church alike out of the marriage business by making it a purely private matter, do not succeed. In the Russian case in the 1920s, the unintended result was mass desertion by fathers, homelessness, and social chaos that required more, not less, state regulation and care of children.

In our own hard time of confusion and anxiety about marriage, when we are “living off the fumes of countless sacrifices that husbands and wives, mothers and fathers have been making for many decades,” as Regnerus writes, there’s much to be done to keep marriage alive for those who want it.

Personal modeling and storytelling of how to “do marriage” are important, while bad examples, as one Russian interviewee put it, are “a sort of vaccine against marriage.” Regnerus discusses the importance of mentors and of small groups that support and help young couples in their uncertainties and anxiety. None of this requires large government programs, but it all depends on families and communities that can respect and transmit the reality and tradition of marriage.