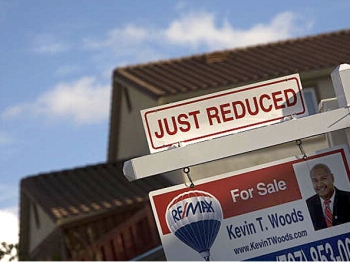 Home prices are dropping around the nation, which makes this a great time for buyers. (David Paul Morris/Getty Images)
Home

It Is Simply Time to Buy

Lately, everyone has been reading about the poor state of our economy, the weakened stock market, and the Fed cutting rates in hopes of reviving our financially distraught nation.

When put this way, of course, our situation sounds dire, but there is a truth to the story, or else we wouldn't agree it is a problem that we all share and hope to overcome. Our economy, like all things in life, thrives and declines in cycles. Sometimes it is up, and sometimes down, and individuals are affected differently in every phase.

The housing market has been affected, too. Many sellers have suffered this year, depending which market (area) they are in, and what product (house) they wish to sell, and for what price.

Yes, some sellers are waiting on the dark side of the moon, for the skies to shift, and market conditions to turn back in their favor—but, at the same time, daylight fills many buyer's eyes, and presents a perspective where the process of buying looks pretty appealing. It is hard to ignore: For those who are ready to buy a new home, this is truly a prosperous time.

With interest rates down (Okay, they inched back up, but just a bit, the last week of January), inventory up, and many sellers dropping prices—it is hard to argue that there is a better time to buy a new home than right now.

Let's face it: the negative press is enough to scare even those who are ready away from making a purchase. That is how fear works. It feeds on itself and creeps under the skin of just about anyone, inducing a bad case of self-doubt and doubt in external factors, also.

This is why we must clear our thoughts and look at the housing market over the last few years to gain a holistic perspective.

Looking back, the national housing market was on the fast tract between the years 2001 and 2005. During this time, homes were appreciating rapidly and sellers were taking full advantage. It was only natural that this market, running on high, would have to eventually slow down and catch a rest.

Those who purchased during these record-breaking years spent good money on their homes, feeling confident that they would eventually see positive returns on their investments.

For those who have had to sell two, three, or four years later in a sluggish market, during a time when the national average has been reported as seeing a rate of 6 percent depreciation, many individuals have not seen their hoped-for cash return. Some sellers are even forced to bring money to the table in order to sell.

What does all of this mean? It tells a story about patterns and reaffirms the fact that, with few exceptions, it is a buyer's market out there. When rates are down, prices are down, the market is down, it is simply time to buy… because in a system that thrives in cycles, when everything is down, it won't be long before it springs back up, and that includes the market conditions for sellers.

Some analysts say that the housing market may level off in 2009 and begin its turnaround slightly after that. Conditions will shift, homes will begin appreciating again, and with any luck, when you go to sell, market conditions will again favor you, but this time as a seller. At least, this is your hope.

It is also nice to know that your decision to buy is helping the economy and the housing market readjust and become healthy again. Why not view buying as a positive step for you, others, and also the nation?