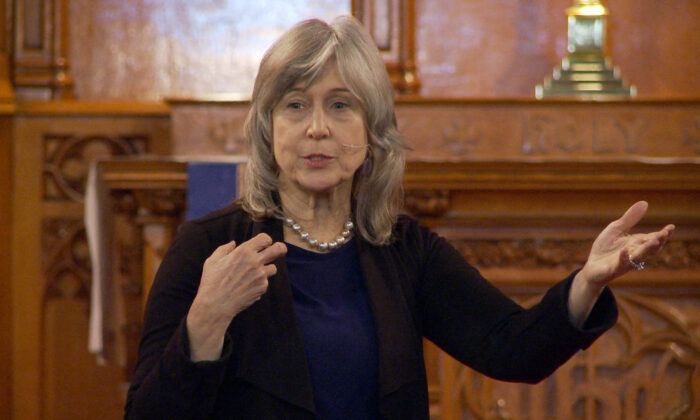 ‘It Hurts Women’: How a Former Abortionist Became Pro-Life

As an obstetrician-gynecologist, Dr. Kathi Aultman performed abortions for years, believing she was helping women. She could do that, she says, because she didn’t view the fetus as a living human being.

Then one day she read an article that compared the Holocaust to abortion, the idea being that the Nazis didn’t consider the Jews and all the other people they exterminated to be human.

“My father had been with the group that liberated the first concentration camp in World War II so I’d grown up with all those pictures and stories, and when I became a doctor I couldn’t understand how the German doctors could do what they did,” Aultman said in an interview after giving a talk at a pro-life event in Toronto last November.

“But when I read that article I realized that I was just as bad as they were, and the reason that I could do what I did with no feeling or moral compunction was because I didn’t see the fetus as a human being. That was when I actually became pro-life.”

That was Aultman’s “aha” moment, but prior to that there was another turning point—three abortions that particularly effected her: one where the woman was using abortion as a contraceptive, one who said she “just wanted to kill it,” and one who already had three children and couldn’t afford another, and who cried all the way through the procedure.

That was when Aultman, who at one point served as the medical director of Planned Parenthood in Jacksonville, Florida, quit doing abortions. But she still believed in abortion as a woman’s right until she read the article about the Holocaust. After that, she says, it took “a lot of prayer and a lot of counselling” for her to be able to get over having ended so many lives through abortion—including an abortion she’d had herself in her early 20s.

“I didn’t have any regret until I read that article comparing abortion to the Holocaust and I understood what abortion was, and that’s when I cried and mourned about my own abortion,” she says.

Aultman’s path in life took a sharp U-turn and she became an ardent advocate against abortion. Currently an associate scholar with the Virginia-based Charlotte Lozier Institute, she has testified on a variety of pro-life issues before state and congressional bodies and state courts, has assisted various state attorneys and the U.S. Justice Department, and has spoken at March for Life events.

“Abortion not only kills babies, it hurts women,” she says, despite the fact that “the other side is always saying it’s one of the safest procedures.”

Aultman says that after she stopped doing abortions and was in private practice, she would often take emergency room calls where she would see women with complications from abortion, such as injury to the bowel or bladder, perforation, life-threatening hemorrhage, injury to the cervix, and infection. Some women are left with permanent reproductive damage that render them unable to have children in the future.

Then there’s the psychological effects that often set in later.

“There are a few studies now that are showing some of the emotional complications. There’s something called post-abortion syndrome which I didn’t know about until I realized that’s what I had, and used prayer and counselling to deal with it.”

Although post-abortion syndrome is not recognized by the mainstream medical community or the American Psychological Association, some anti-abortion advocacy groups have continued to allege a link between abortion and mental-health problems.

Dr. Priscilla Coleman, an Associate Professor of Human Development and Family Studies at Bowling Green State University in Ohio, has devoted a major part of her research to the psychological outcomes among women who have experienced abortion.

She has said that a body of studies—including some of her own—published in reputable medical and psychological journals show that the mental-health risks of abortion include depression, substance abuse, anxiety disorders, and suicide ideation and behaviours.

Theresa Burke, the founder of Rachel’s Vineyard Ministries, which offers weekend retreats for healing after abortion in locations across the United States and Canada as well as in several other countries, says abortion can have a deep psychological impact on a woman.

“When a mother is abruptly and violently disconnected from her child there is a natural trauma. She has undergone an unnatural death event,” Burke said in an interview with Zenit News.

Aultman says that given what she saw in her practice, “I really feel that no woman can kill her baby and remain unscathed. My advice is to not have an abortion because you have to live with the emotional consequences.”

She believes abortion should be made illegal, but says there needs to be a range of supports in place for women who get pregnant and don’t want the baby as part of getting to that point.

“We need to continue to have compassion for women who get pregnant and don’t want a baby, but we need to give them other options. … We have to change people’s hearts or they won’t accept it,” she says.

“I think the laws need to be changed. I think abortion needs to be outlawed. Now I don’t think that’s going to happen all at once, it’s probably going to be incremental, but I think that’s eventually what needs to happen,” she adds.

“Since we don’t allow parents to kill their children later, why do we allow them to be killed preborn?”