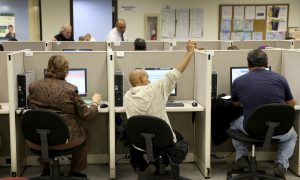 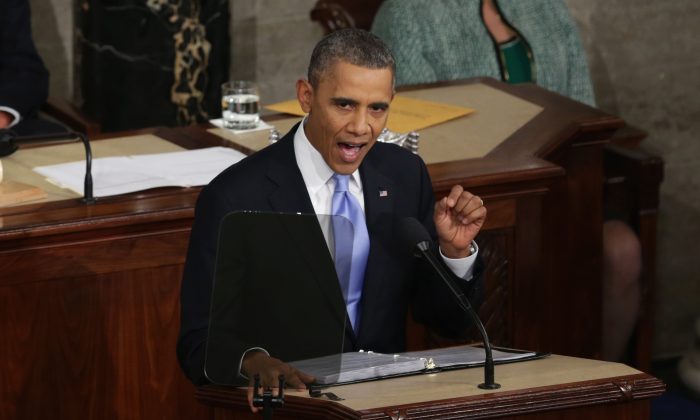 President Barack Obama delivers the State of the Union address to a joint session of Congress in the House Chamber at the U.S. Capitol in Washington, DC. on January 28, 2014 (Alex Wong/Getty Images)
US

Issues Raised in the 2014 State of the Union

For Foreign Affairs, Afghanistan, Syria, and Iran loom large, but the 2014 State of the Union speech is focused on domestic matters.

The White House released a January report that detailed commitments from colleges, state education systems, organizations, and business on how they will expand college opportunities and reduce college costs. The commitments include summer programs designed to attract low-income students, support on campus, scholarships, and more flexible adult education.

Obama’s go-it-alone strategy, with modest steps for now, is aimed at prodding a divided Congress to take additional action to boost economic opportunity for millions of Americans. There’s little indication lawmakers are ready to follow along, particularly as the nation barrels toward the midterm elections.

“Congress is slow to action, and we’re not going to wait for that,” White House chief of staff Denis McDonough said in an interview on “CBS This Morning.”

Some Republicans have warned that the president’s focus on executive orders could backfire by angering GOP leaders who already don’t trust the White House.

“The more he tries to do it alone and do confrontation, the less he’s going to be able to get cooperation,” said John Feehery, a former top House Republican aide.

Yet much of what the president can do on his own is limited, as evidenced by the minimum wage proposal officials previewed ahead of Tuesday’s prime-time address. The executive order will increase the minimum hourly payment for new federal contract workers from $7.25 to $10.10. But because the measure affects only future contracts, its immediate impact will be minimal.

“The question is how many people, Mr. President, will this executive action actually help?” asked House Speaker John Boehner (R-Ohio). “I suspect the answer is somewhere close to zero.”