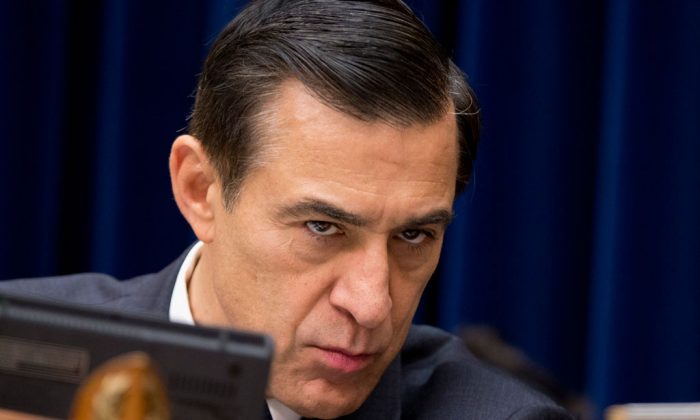 The report excerpts emails from IRS employees that sought to find loopholes to disqualify or delay conservative political groups from 501(c)(4) status, which confers tax exempt status and anonymity for donors.

According to the IRS definition, in order to be tax exempt, a 501(c)4 must be organized for the general social welfare. They are allowed to lobby, but only for issues that relate directly to their social welfare mission. A group that presented itself as a general welfare organization, but was really a partisan political group would not properly be classified as a 501(c)(4).

“I’m not sure we can deny them because, technically, I don’t know that I can deny them simply for donating to another 501(c)(4),” one IRS agent wrote, and another replied, “This sounds like a bad org … This org gives me an icky feeling.”

By October of 2010, the backlog of c4 applications from conservative groups awaiting approval from the Washington office had grown to 60, whereas only seven in the backlog could be identified as progressive, the report said.

The report alleges that former senior officials in the IRS were responsible for corruption, including Commissioner Doug Shulman and Deputy Commissioner Steven Miller.

The report charges that Miller lied to Congress during a 2012 hearing by not disclosing the targeting when asked about it. It cited an internal email by Miller in which he considered going to the hearing to “put a stake in politics and c4.”

The report also cites an email from Cindy Thomas, head of the IRS’s Cincinnati office, to Lerner, accusing IRS leaders of downplaying their role in creating the backlog of applications.

“I feel as though Cincinnati employees and EO Determinations was basically thrown under a bus and that the Washington office wasn’t taking any responsibility for knowing about these applications, having been involved in them and being the ones to basically delay processing of the cases,” Thomas told the committee in an interview.

Conservative groups were first flagged for additional scrutiny in applications filed by the Cincinnati office.

The report cited emails from Lois Lerner, former director of the Exempt Organizations Division, as evidence of systemic bias. Referring to a tea party test case, Lerner wrote in 2011 that “it would be great if we can get there without saying the only reason they don’t get a [c3 status] is political activity.”

The report also accuses the Obama administration of conducting an inadequate investigation of the IRS in 2013, citing then-FBI Director Robert Mueller’s inability to answer “basic questions” about the status of the investigation more than a month after It began.

The report also noted that the Justice Department only found out about Lerner’s deleted emails after the loss was reported in the press.

“The first thing you would do if you have the FBI as your investigator [in a] situation like this is go and seize all of the documents and information the way the FBI does when they’re investigating a private organization,” Justice Department official Hans von Spakovsky said in a testimony. “A year and a half later, they clearly had not done that and didn’t even know that all of the evidence they were supposedly supposed to be looking at, all those emails, didn’t exist.”

The committee’s investigation also found that Barbara Bosserman, who played a leading role in the administration’s investigation of the IRS, had donated more than $7,000 to Democrats in recent years.

The report is a part of an ongoing investigation of the IRS by the House Oversight Committee, which Issa chairs. The committee is waiting for subpoenaed documents and the recovery of 30,000 emails.