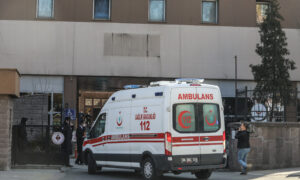 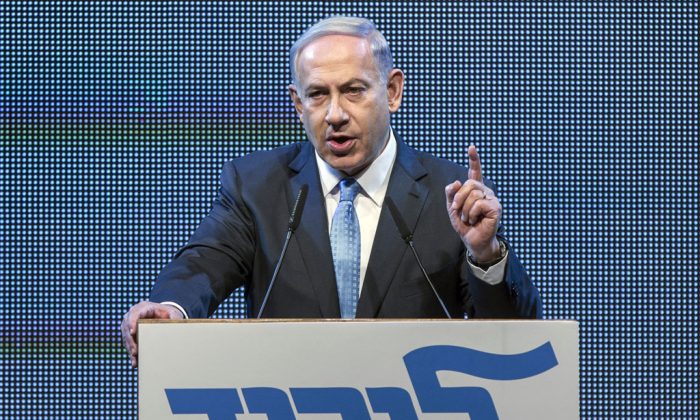 Israeli Prime Minister and leader of the ruling right-wing Likud party, Benjamin Netanyahu gives a speech during a campaign meeting ahead of the early elections for the 20th Knesset on Jan. 5, 2014, in the coastal Israeli city of Tel Aviv. (Jack Guez/AFP/Getty Images)
Middle East

The electoral campaign in Israel is still unfolding, and with about two months to go anything might happen to upend predictions about the outcome. But there are straws in the wind.

The Israel Democracy Institute has released poll results that cover a lot of ground, some of it relevant to the upcoming elections. The poll was administered at the very end of 2014. Asked who would be the best candidate, 38 percent gave the nod to Benjamin Netanyahu, while only 18 percent approved Isaac Herzog, the labor leader. The poll indicates that a plurality of voters—40 percent—are still undecided, but the preference for Netanyahu aligns well with respondent preferences for a right-wing government versus a center-left bloc.

According to the poll, 55 percent of Israelis prefer a right-wing government, while a shade over 32 percent would like to see a center-left governing coalition. The latter respondents are evidently a pessimistic group, since 60 percent of them believe that the right bloc has a better chance of forming the new coalition, versus 24 percent who believe that the center-left bloc will emerge on top. Judging from these results, a majority of Israeli voters expect to be governed by a center-right coalition regardless of who they hope wins the election.

In terms of their foreign policy priorities, 48 percent of Israelis believe that even for a viable peace agreement with the Palestinians implemented under American auspices, Israel should not make territorial concessions in the West Bank. They are nearly matched, however, by the 46.5 percent who would support concessions. (These concessions were undefined in the supporting documentation, so it is difficult to know how to interpret the responses.) Interestingly, asked to what extent Israel should take the American stance on the conflict into consideration, 50.5 percent said that Israel should disregard the U.S. position, while 46 percent thought that Israeli policy should align with that of Washington. The implication of these returns seems to be that whoever wins on March 17 is not going to feel under a lot of voter pressure to kowtow to Washington.

In the meantime, Netanyahu has fireproofed himself to a degree by engineering a Likud list that, although distinctly right wing, is not quite as radical in temper as recent lists. Based on a rightward shift in Likud, observers had begun to think that Netanyahu had lost control of his party, but apparently not.  In part, this owes to Naftali Bennett’s departure from Likud and Netanyahu’s inner circle, which reduced intra-party pressure in the right wing. Bennett has since formed his own successful party organization. Gone too is Moshe Feiglin.

The current list includes prodigal sons who had left Likud for Kadima but have since returned to Likud. These include Avi Dichter, a former Shin Bet chief well known to Americans who saw The Gatekeepers, a documentary generally regarded as critical of Israeli policies toward the Palestinians. On the other hand, the list still offers Danny Danon, Yariv Levin, and Miri Regev, all of whom are arguably to the right of Netanyahu, insofar as Netanyahu’s own instincts can be reliably interpreted. Netanyahu has also moved to offset his image as unimaginative by launching an online campaign for rank and file voters to nominate candidates for two slots on Likud’s list. The expectation is that these will go to women, of which there is a notable shortage on the current list.

Steven Simon is a Senior Fellow at The Middle East Institute. He previously served as senior director for Middle Eastern and North African affairs at the White House from 2011 through 2012. He applied his extensive expertise on national security and terrorism as executive director of the International Institute for Strategic Studies (IISS-US) and corresponding director of IISS-Middle East. He was also previously a Hasib J. Sabbagh senior fellow in Middle Eastern Studies at the Council on Foreign Relations and an adjunct professor of security studies at Georgetown University.