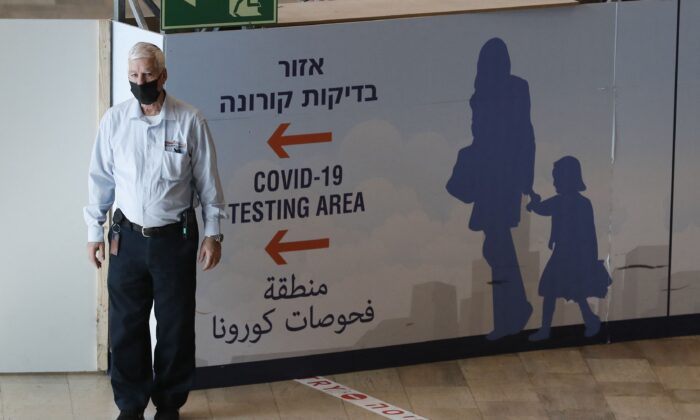 Israel last week became one of the first countries to begin administering a fourth dose of the vaccine to people most vulnerable to the CCP virus. In an interview with Radio 103FM, Health Ministry Director-General Nachman Ash confirmed that the Israeli government will move on to approve the fourth shot for more citizens.

That being said, Ash admitted that “there isn’t enough knowledge to say the fourth vaccine will really prevent the mass infections,” reported The Times of Israel. He added that it’s possible that the nation achieves herd immunity because of the current wave of infections driven by the Omicron variant.

“The trend is upwards—there will definitely be a surge,” Ash said, reported the Times. “We will see bigger numbers. Where will it stop? It’s hard to know. The price of herd immunity is very many infections, and that may end up happening. The numbers need to be high to reach herd immunity, it’s something that is possible.”

“But we don’t want to reach it by means of infections, we want it to happen as a result of many people vaccinating,” he said.

The Omicron variant of the CCP virus is found to be more transmissible but less likely to cause severe symptoms than other variants. According to Israel’s Health Ministry, the nation has seen a jump in new daily cases from around 1,000 to almost 5,500 on Friday in a week. Sunday also reported 4,206 new infections, and a 195.8 percent overall increase over the past week. The death toll since the beginning of the outbreak is at 8,244, with only four COVID-related deaths since Dec. 21.

Ash’s remark comes as Israeli Prime Minister Naftali Bennett said that a fourth dose will be given to health workers and people over the age of 60, warning that the nation could see as many as 50,000 new cases a day in the upcoming days, or about five times more than in previous waves.

“The decision was made based on the best professional considerations and after the Health Ministry consulted with experts,” Bennett said, reported Jerusalem Post.

In an effort to address the increasing number of Israelis who have been placed in quarantine, Bennett changed quarantine and testing policies for individuals exposed to the virus, allowing those above the age of 5 to not have to isolate so long as they test negative for the CCP virus.

“I closed the skies five weeks ago when everything was fine, and in the coming week, it is likely that we will reopen the skies,” he said.