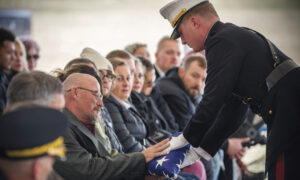 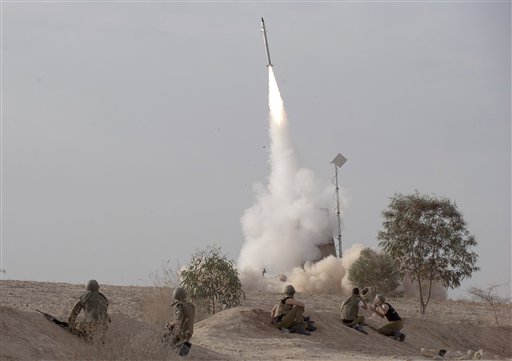 In this Saturday, Nov. 17, 2012 file photo, an Israeli Iron Dome missile is launched near the city of Be'er Sheva, southern Israel, to intercept a rocket fired from Gaza. Israel's military has deployed Iron Dome defense system to the north of the country on Sunday May 5, 2013 following Israeli airstrikes in neighboring Syria targeting weapons believed to be destined for Lebanon's Hezbollah militants. Iron Dome protects against short-range rockets and Hezbollah has thousands of such projectiles. (AP Photo/Ahikam Seri, File)
Middle East

Israel’s Iron Dome missile defense system intercepted a rocket that was shot at the resort city of Eilat on Monday, according to a spokesperson with the Israeli Defense Forces.

The IDF’s Twitter feed posted that the “Iron Dome intercepted a rocket fired at the city of Eilat.”

As Arutz Sheva points out, sirens were heard at around 1 a.m., and local residents said they heard explosions.

The Iron Dome was recently set up near Eilat. It was able to intercept the rocket before it was able to explode.

There are no reports of damage or injuries.