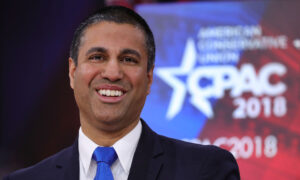 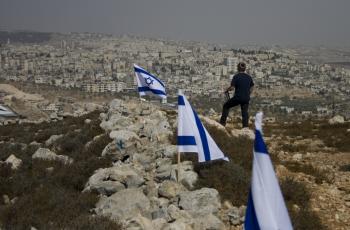 A resident of the settlement Efrat stands on a disputed hilltop next to Efrat that overlooks Bethlehem. (Genevieve Long/The Epoch Times)
US

By Genevieve Belmaker
Print
Israeli Prime Minister Benjamin Netanyahu's recent announcement of a temporary slowdown in settlement building has prompted a definitive pattern in coverage on the issue in the U.S. media.

A New York Times article noted that the partial freeze does not include Jerusalem, existing construction projects, and public projects such as schools and community centers. “We’re not looking for the resumption of the process for the sake of it,” Mr. Fayyad was quoted by the New York Times’s Ethan Bronner as saying. “This is not new. The exclusion of Jerusalem is a very serious problem for us.” It was also noted that Palestinian Prime Minister Salam Fayyad said during a press conference for foreign media last week that the announcement is not enough to bring the Palestinians back to the negotiating table.

According to recent census data, the population of Israelis living in the West Bank is over 300,000.
AP also emphasized, in almost the same language as the New York Times coverage, that the Palestinians do not feel the concessions from Israel are enough to bring them back to the negotiating table.

The official U.S. response to Israel’s announcement has encouraged both the Israelis and the Palestinians to keep moving forward. The Obama administration has been pushing Israel hard to halt new construction in the settlements as a means to bring the Palestinian Authority back to the negotiating table over a two-state solution. The current U.S. campaign has included frequent trips by the administration’s special envoy to the Middle East, George Mitchell. This action has been typical of previous U.S. presidential administrations.

During a press briefing last week, Mitchell noted that although the move falls short of a full settlement freeze, it is a more definitive action than any other Israeli prime minister has made so far. Mitchell added that a two-state solution is urgently needed, and is also relevant to the peace and security of the United States.

“The [U.S.] president knows that achieving this goal [of a two-state solution] will be difficult, but he also has said that he will not waver in his persistent pursuit of a comprehensive peace in the Middle East,” Mr. Mitchell said in a statement to the media. “While they [the new measures initiated by Netanyahu] fall short of a full freeze, we believe the steps announced by the prime minister are significant and could have substantial impact on the ground.”

But Mitchell added that the United States believes that as a means to simply getting Israel and the Palestinian Authority to the negotiating table, several factors in addition to stopping settlement activity are needed. The measures include Palestinian expansion and improvement of security efforts and “strong and meaningful action on incitement.”

The U.S. Department of State emphasized the move’s pivotal role in the peace process in a statement from Secretary of State Hillary Clinton.

“We believe that through good-faith negotiations the parties can mutually agree on an outcome which ends the conflict and reconciles the Palestinian goal of an independent and viable state based on the 1967 lines,” said Ms. Clinton. “With agreed swaps … the Israeli goal of a Jewish state with secure and recognized borders that reflect subsequent developments and meet Israeli security requirements.”