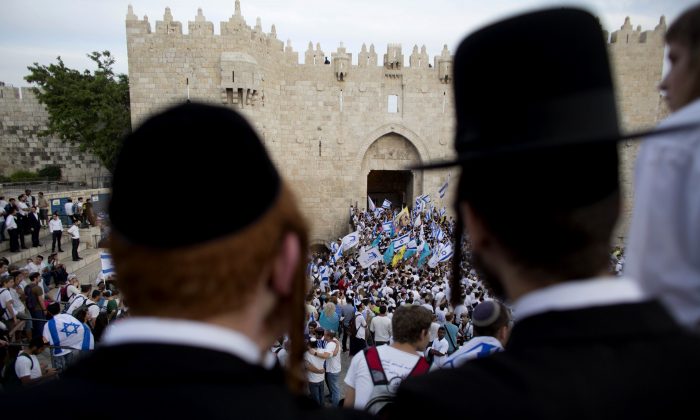 Israeli Communications Minister Yoaz Hendel has claimed that he was threatened by a representative of Yaakov Litzman, a former United Torah Judaism minister, over Hendel’s “kosher cellphone” reform.

Hendel made the revelations regarding the alleged threats at a conference in Shoham, Israel, on July 12.

“A man came to me on behalf of Litzman, and clarified to me that if I touch the topic of cellphones in the Haredi sector, I will be erased. The man said, ‘You will be burnt politically,'” said Hendel, according to The Jerusalem Post.

A so-called “kosher cellphone” is a mobile device that can generally only make or receive phone calls and is not connected to the internet.

Until recently, the ultra-Orthodox Rabbinic Committee for Communications maintained oversight of all devices used by Haredi Jews.

The committee approved only certain telecommunication companies and blocked some phone numbers from being accessed by Haredi members, including government welfare agencies, hotlines for sexual and domestic violence support, and secular organizations that help people trying to leave the Haredi community, Religion News Service reported.

The committee also worked with cellphone providers to create easily identifiable and distinct phone numbers for the devices, making it clear if a caller was using a supervised or unsupervised device.

However, in May 2022, Hendel ushered in a reform allowing the kosher cellphone market to be regulated by the government as opposed to the Rabbinic Committee for Communications.

Under the new law, which is set to take effect on July 31, Haredi Jews will have more freedom when it comes to Kosher phones, including the ability to change their mobile plans and decide limits on content restrictions without the supervision or oversight of a rabbi.

The decision sparked a backlash from ultra-Orthodox leaders who fear it will reduce their oversight over members, and protests erupted in Jerusalem, sometimes turning violent.

However, Hendel defended his decision at the July 12 conference, stating that Haredi citizens should have the same opportunities as other Israeli citizens to access the cellular company, type of package, and type of device they wish.

“I needed to decide whether to take a political risk or to ignore the issue, like my predecessors did,” Hendel said. “I decided that I am deciding [what is best] for Israel’s Haredi citizens, even though I know they are not my electorate.”

“The Haredi political operators work for themselves. [They] raise prices and limit the public. They turn a blind eye toward discrimination against Sephardi girls in Ashkenazi institutions. These operators are the opponents of the Haredi public, not me,” Hendel said.

“Every decision has a political price,” he added. “But it is unacceptable that ministers reach their positions and then only deal with survival instead of making decisions for public benefit.”