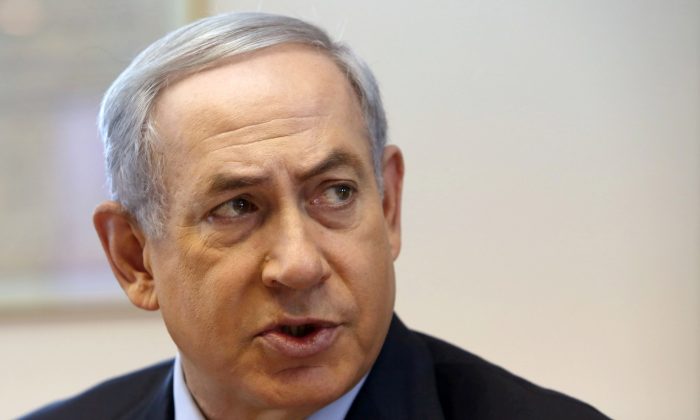 JERUSALEM—Israel’s prime minister on Sunday welcomed a U.S.-brokered plan to install video surveillance at a sensitive Jerusalem holy site, saying it could help refute claims that Israel is trying to expand the Jewish presence there, while Palestinians said they feared the cameras would be used to spy on and arrest people.

The conflicting statements reflected the tough path ahead for the U.S. as it seeks to quell a monthlong burst of violence between Israel and the Palestinians. The surveillance system is the centerpiece of a series of steps announced by U.S. Secretary of State John Kerry over the weekend.

The violence has been fueled by Palestinian allegations that Israel is trying to alter a delicate arrangement at the holy site—a charge that Israel denies. The site is revered by Jews as the Temple Mount, the holiest site in Judaism and home to the biblical Jewish Temples. Today, it is home to the Al-Aqsa Mosque compound, the third-holiest site in Islam.

Speaking to his Cabinet, Prime Minister Benjamin Netanyahu said Israel has no plans to change the longstanding status quo at the site, where Jews are allowed to visit but not pray.

“The visits by Jews to the Temple Mount will be maintained, there will be no change, as with the prayer arrangements for the Muslims,” he said. “Israel has an interest in placing cameras around the Temple Mount,” to counter the Palestinian claim that it is altering the status quo.

After days of meetings with Israeli and Arab leaders, U.S. Secretary of State John Kerry announced Saturday that Israel and Jordan, the custodian of the holy site, agreed to a series of steps, Including the video surveillance, to halt the violence.

In a late-night announcement, Netanyahu said he recognized the “special role” of Jordan at the site, and welcomed the “increased coordination” with the Jordanians.

But many key questions remain—including when the system will go into effect and who will do the monitoring. Israeli police already maintain hundreds of security cameras in Jerusalem’s Old City.

Palestinian official Saeb Erekat said Netanyahu “wants the video cameras just to track our people and arrest them,” he told the Voice of Palestine radio station.

Azzam Khatib, director of the Jordanian Waqf, the religious body that runs the site, said the footage would be streamed on the Internet “so the world would see what is going on inside Al-Aqsa.”

But a Jordanian intelligence official, speaking on condition of anonymity because he was not authorized to discuss the issue with reporters, said the arrangements announced by Kerry have not yet been discussed in detail.

The compound, known to Muslims as the Noble Sanctuary, is both a religious and national symbol for the Palestinians. The conflicting claims to the site lie at the heart of the Israeli-Palestinian conflict and have triggered violence in the past.

The latest unrest began in mid-September after Palestinians accused Israel of plotting to take over the site. Such accusations have been fueled by a growing number of visits to the compound by Jewish groups seeking prayer rights, which are backed by senior Israeli politicians.

Clashes repeatedly erupted between Palestinian protesters hurling rocks and firebombs and Israeli police, who responded with stun grenades. The violence quickly spread across Israel and into the West Bank and Gaza.

Israeli police said a Palestinian stabbed an Israeli in the West Bank on Sunday evening, seriously wounding him before running away. Earlier, a Palestinian woman was shot and killed after she pulled out a knife while approaching a police checkpoint in Hebron, police said.

In a separate incident, two Palestinians disguised as ultra-Orthodox Jews stabbed an Israeli in the West Bank, wounding him moderately, the Israeli military said. The Israeli man shot at the attackers, who fled the scene.

Israel has accused Palestinian political and religious leaders of spreading lies and inciting violence. Palestinians say the violence is the result of nearly 50 years of occupation and a lack of a political horizon toward statehood.

In his comments Saturday, Kerry gave little indication that he plans to address these deeper issues. Kerry had previously engaged in months of shuttle diplomacy aimed at reviving talks on a final peace deal, but those efforts collapsed in the spring of 2014.

Israel captured the holy site along with Jerusalem from Jordan in the 1967 Mideast war. But under a decades-old agreement, Jordan maintains custodial rights over the Muslim holy sites through an organization called the Waqf, and since signing a peace treaty with Israel in 1994, has often served as a mediator. When similar tensions erupted last year at the same site, Jordan briefly withdrew its ambassador from Israel and tensions subsequently abated.