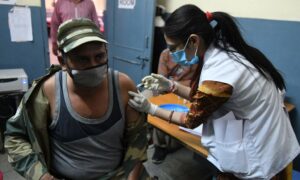 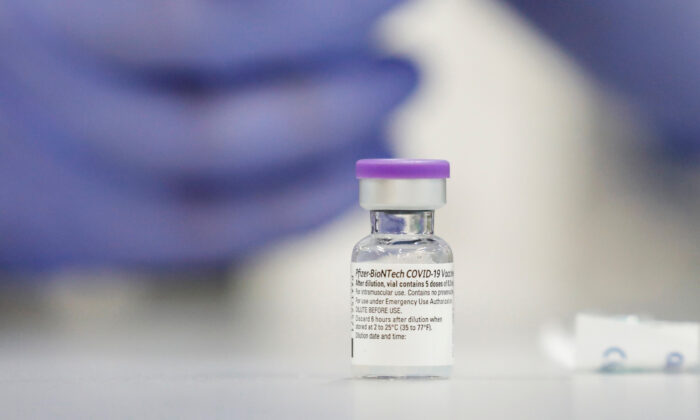 A vial of the Pfizer vaccine against the coronavirus disease is seen as medical staff are vaccinated at Sheba Medical Center in Ramat Gan, Israel, on Dec. 19, 2020. (Amir Cohen/Reuters)
Vaccines & Safety

JERUSALEM—Israel is sending 700,000 coronavirus vaccine doses to South Korea in exchange for a future shipment of vaccines from South Korea to Israel.

Under the deal, Israel will transfer the Pfizer vaccines to South Korea in an effort to inoculate more of the Asian nation’s citizens this month. South Korea will send the same number of doses to Israel as early as September, the officials added.

“This is a win-win deal,” Israel Prime Minister Naftali Bennett said in his statement. The agreement will “reduce the holes” in the vaccine’s availability.

“We are expecting to have a sufficient number of vaccines during the fourth quarter while we proceed with our vaccination campaign,” said Jung, director of the Korea Disease Control and Prevention Agency.

Both countries are reporting a surge in new infections, with South Korea topping 700 new cases of COVID-19 for the fourth straight day on Tuesday. Israel was seeing the most new infections in three months, with the delta variant driving the trend, the government says. Both governments are considering ways to curb the virus’ spread.

Bennett said the agreement, which he personally negotiated with Pfizer CEO Albert Burla, is the first of its kind between Israel and another country. The Israeli vaccines still need to be tested after their arrival in South Korea, he added.