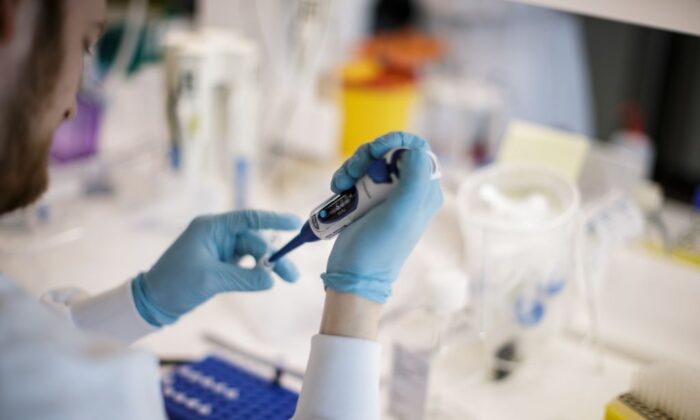 A researcher works on a vaccine against the new coronavirus COVID-19 at the Copenhagen's University research lab in Copenhagen, Denmark, on March 23, 2020. (Thibault Savary/AFP via Getty Images)
WORLD

Israel to End COVID-19 Vaccine Passport for Most Places

The policy update will come into effect on Sunday, Feb. 6, Prime Minister Naftali Bennet’s government said, pending the approval of a parliamentary committee. The proof of vaccination policy, however, will remain intact for events such as parties or weddings.

“To continue the green pass in the same way can create false assurances,” Nadav Davidovitch, who serves as an expert in the prime minister’s government, told AFP. “It’s not reducing infections in closed spaces like theatres. It needs to be used mainly for high-risk places like hospitals, elderly care homes, or events when you are eating and singing and dancing.”

Previously, some Israeli ministers have argued that there is no epidemiological justification for extending the vaccine passport system, which they noted is ineffective at encouraging vaccine holdouts to get the shots.

Finance Minister Avigdor Lieberman recently wrote on Twitter: “I’ve said it before and I’ll say it again: We will not extend the Green Pass past February 6, not even by one second.”

Few studies, if any, have been carried out to determine whether vaccine passports actually lower the number of COVID-19 cases, hospitalizations, or deaths. Some studies have shown that passport systems can boost vaccine uptake in countries that have them in place.

“While this meta-analysis concludes that lockdowns have had little to no public health effects, they have imposed enormous economic and social costs where they have been adopted,” the researchers wrote.

Vaccine passports have been flagged by civil liberties groups as potentially a violation of individuals’ rights to privacy. Some critics have also argued that mandates will create a two-tiered society of vaccinated and unvaccinated people.