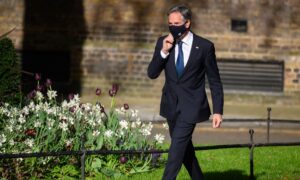 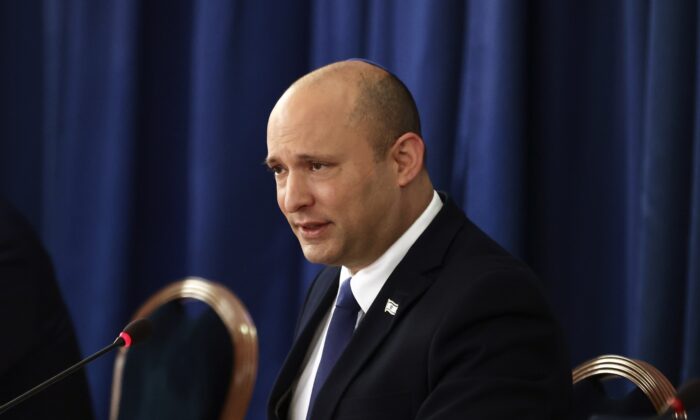 Israeli Prime Minister: Lebanon Responsible for Attacks, Hezbollah or Not

TEL AVIV, Israel—Israel’s prime minister said Sunday he holds the Lebanese government responsible for rocket fire launched from its territory, whether the Hezbollah terrorist group launched the weapons or not.

Prime Minister Naftali Bennett’s comments came days after one of the heaviest flareups in violence between Israel and Hezbollah in several years and indicated Israel could expand its response if the rocket fire continues.

“The country of Lebanon and the army of Lebanon have to take responsibility (for) what happens in its backyard,” Bennett told his Cabinet.

“It is less important to us if it’s a Palestinian organization that fired, independent rebels, the state of Israel won’t accept shooting on its land,” Bennett said.

He spoke a day after Hassan Nasrallah, the leader of the Hezbollah terrorist group, said he’d retaliate against any future Israeli airstrikes on Lebanon and added it would be wrong to assume Hezbollah would be constrained by internal divisions in Lebanon or the country’s harsh economic crisis.

“Don’t miscalculate by saying that Hezbollah is busy with Lebanon’s problems,” Nasrallah said, adding that the firing of rockets was a “clear message.”

Israel and Hezbollah are enemies who fought to a stalemate in a monthlong war in 2006.

In a statement on Sunday, U.N. Secretary-General António Guterres called “on all parties to exercise utmost restraint” saying it was important for all sides “to avoid actions that can further heighten tensions and lead to miscalculation.”

Lebanon is experiencing its worst economic and financial crisis in its modern history, which the World Bank describes as among the worst the world has witnessed since the mid 1800s.

Israel estimates Hezbollah possesses over 130,000 rockets and missiles capable of striking anywhere in the country. In recent years, Israel also has expressed concerns that the group is trying to import or develop an arsenal of precision-guided missiles.