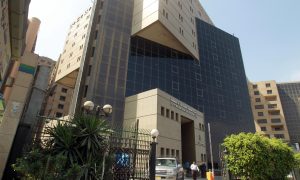 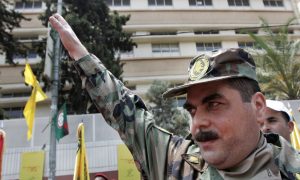 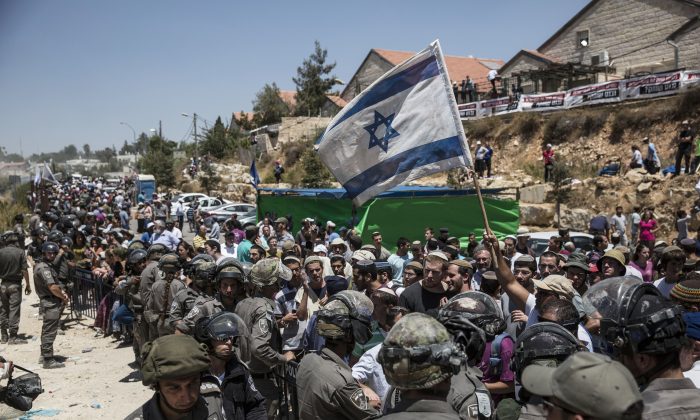 Israeli settlers watch the demolition of a building at the Jewish settlement of Beit El, near the West Bank town of Ramallah, on July 29, 2015. Israeli bulldozers began demolishing a contested housing complex in a West Bank settlement as the prime minister’s office announced the “immediate construction” of some 300 new units at another location in the same settlement and advanced plans for about 500 new units in east Jerusalem. (AP Photo/Tsafrir Abayov)
Middle East

JERUSALEM—An Israeli anti-settlement watchdog group on Monday said the government has quietly worked on plans to build more than 8,000 homes in a strategic section of the West Bank near Jerusalem.

Peace Now said the homes are among more than 55,000 housing units at various stages of planning by Israel’s Housing Ministry. It said it had obtained the data after a two-year legal battle in response to a freedom of information request.

In a report, the group said the 8,372 units are envisioned for the strategic area known as E1. The Palestinians strongly object to settlement of the area, saying it would separate a future Palestinian state in the West Bank from east Jerusalem, their hoped-for capital, and drive a wedge between the northern and southern flanks of the West Bank.

“For these reasons, whenever an Israeli leader tries to promote the plans in E1, the international community strongly condemns them,” the report said.

The plans are in the earliest stages, and no actual construction has been approved. In 2013, Prime Minister Benjamin Netanyahu froze E1 development plans following heavy international criticism.

The Housing Ministry said the plans were drawn up in 2012-13, and last year, it had paid off outstanding contracts with design teams.

“During 2015 there were no activities whatsoever on site E1,” it said. “At no time did the office proceed with housing plans on said site.”

The Palestinians claim the West Bank and east Jerusalem, captured by Israel in the 1967 Middle East war, for an independent state. They say that Israeli settlement construction on the lands they claim is a sign of bad faith.

Nearly 600,000 Israelis now live in the West Bank and east Jerusalem. The international community, including the U.S., rejects settlements as illegal or illegitimate, saying they undermine the goal of establishing a Palestinian state living in peace next to Israel.

The Peace Now report said more than 55,000 settlement homes are in various stages of planning. Although most of them would take years to be approved, it said nearly 4,000 could be built in the near future.

An Israeli government official, speaking on condition of anonymity because he was not authorized to discuss the matter, stressed the E1 plan is only hypothetical, and no decisions to build have been made.

But Hagit Ofran of Peace Now said the plans nonetheless reflected a vision. “If it wasn’t significant, why do it at all,” she said.

Many of the plans took place under former Housing Minister Uri Ariel, a strong advocate of the settler movement. Peace Now called on the current Housing Minister, Yoav Galant, who took office earlier this year, to cancel the plans.