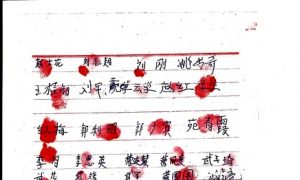 ASHKELON—After the first Grad rocket fell on the city of Guedera, Israelis realized that one million Israeli citizens were now threatened by these longer-range weapons. Two hundred thousand Israeli children were kept out of school for an additional day, after the longer-range missiles began falling.

Barzilai hospital in Ashkelon is in a state of emergency 24 hours a day. Thirty-six soldiers have been sent here for treatment since the start of the Israel Defense Forces' (IDF) ground campaign.

Ten days ago, 80 percent of the patients were sent home or to other hospitals farther from border and the hospital is constantly on alert for rocket attacks. Barzilai Hospital is the Israeli medical facility closest to the front lines.

The Pediatric and Geriatric Departments were moved to an air-raid shelter: "We have only 15 seconds from the alert to reach the shelter, and it is impossible to manage with children and elderly people" said hospital spokeswoman Lea Malul.

"We used to have good contacts with Shifa hospital’s physicians [a hospital in Gaza.] They are professionals, but now it's too much for them. When all this is finished, we expect that many children from Gaza will be sent to us.”

Majidah, a Gaza resident, was in the hospital watching over her grandson, who was in a coma when admitted. Now that he had recovered, she was very grateful to be in the hospital and not at home in Gaza.

When asked, “What do you think will happen with Hamas?” she pointed to the sky and said, "Allah is the one to decide.”

"We want peace, we need peace,” she said.

She expressed gratitude to the Pediatric Department staff at Barzilai Hospital; she believes the staff saved her grandson’s life.

There are no air-raid sirens in Israel’s southern cities. The words “Red Alert” are broadcast to alert citizens that they need to find immediate shelter due to incoming rockets.

During the day, most of Ashkelon’s children stay inside the shelters, playing games and engaging in group activities. Youth instructors from The Natural Reserves Agency visit the shelters, bringing animals to show the children.

One such instructor, Uri Nave, brought the children a chameleon, a tropical lizard with the ability to change its color. "The children in the shelters decided to name the chameleon ‘Red Alert'", Mr. Nave told reporters.

Sderot, so Pretty After the Rain

The desert is very green after a rainstorm. Next month it will be covered with a carpet of red flowers, as it is every year.

"It has been eight years that we don't take the children outside to enjoy the nature," said one mother in the shelter. “They are afraid of Qassams."

Qassams are primitive, short-range rockets made by Hamas.

During the first hour that Epoch Times reporters visited Sderot, two alerts were sounded, and four Qassam rockets impacted the city. After a few minutes the remains of the rockets were brought by the police to the station, where they were stored with the wreckage of dozens of other rockets.

At the police station, professionals determine if a specific rocket was made in Gaza or was smuggled from outside. They can tell if it is a Hamas or an Islamic Jihad Qassam. Since 2001 more than 10,000 rockets and mortar shells have been fired from the Gaza Strip at Israeli civilians.

Sderot doesn't look like a bombarded city. An Israeli philosophy is that "Normal life must continue.”

Rocket damage is repaired immediately and only the damage of the most recent attacks are visible.

The situation is bad for business, as most people won’t risk going out to shop. Hundreds of Israelis from across the country plan to travel to Sderot on Fridays, to go shopping as a sign of solidarity with the besieged inhabitants.

On a hill near Sderot dozens of television teams from around the world have set up a broadcasting site and satellite dishes. They are stationed there to observe Gaza from a safe distance, but still within earshot of explosions.

IDF spokeswoman Irit Azmon, asked the assembled reporters, "Which country in the world, in time of war, sends text messages and fliers to the civilian population, warning them of a possible attack? We do that, even though it puts our own soldiers into a dangerous situation.”