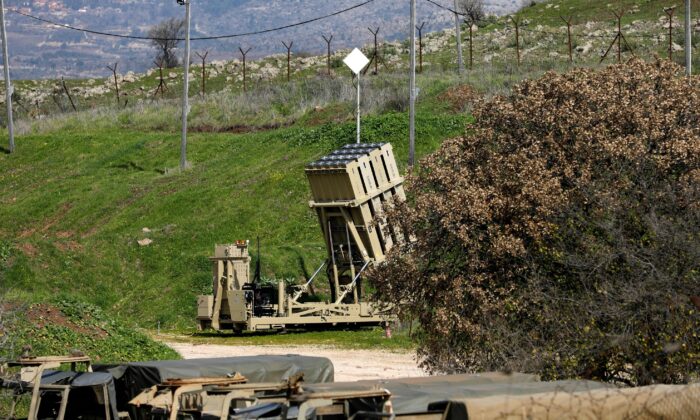 JERUSALEM—The Israeli military on Friday said it fired interceptor missiles and protectively scrambled warplanes after what it described as a drone launched from Lebanon crossed its tense northern border.

Hours later, investigations concluded the drone managed to return to Lebanon, the Israeli military said in a statement, stopping short of blaming Lebanon’s Hezbollah terrorist group on launching the drone.

In Lebanon, Hezbollah issued a statement saying it had sent the “Hassan” drone inside Israel. It claimed the drone toured the targeted area for 40 minutes on a “reconnaissance mission that extended along seventy kilometers” inside the occupied territories.

“Despite the enemy’s multiple and successive attempts to shoot it down, the ‘Hassan’ plane returned from the occupied territories safely after it successfully carried out the required mission,” it said.

The incident comes just a day after Israel shot down what it said was another drone, allegedly from Hezbollah.

The military said in its statement that the incursion set off air raid sirens in northern Israel, and that Iron Dome interceptors were deployed and fighter jets were patrolling the skies.

“After a few minutes, radar contact was lost with the aircraft,” it said, adding that the event was under investigation and that “civilian life in northern Israel has returned to routine.”

Israel and Hezbollah are bitter enemies that fought a monthlong war in 2006 that ended in a stalemate. Israel considers the Iranian-backed Hezbollah to be its greatest immediate threat, possessing an estimated 150,000 rockets and missiles capable of striking anywhere in Israel.

Israel has long expressed concerns that Hezbollah would obtain or develop guided missiles and attack drones.

Earlier this week, Hezbollah’s chief Sayyed Hassan Nasrallah said his group has been manufacturing military drones in Lebanon, and has the technology to turn thousands of missiles in its possession into precision-guided munitions.