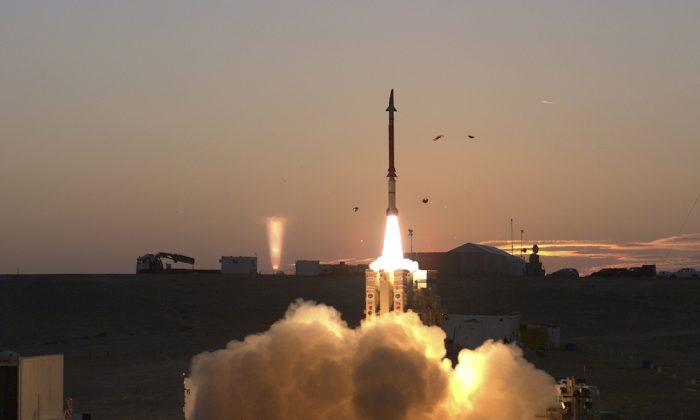 JERUSALEM—Israel said Monday it had successfully completed the final test of a joint U.S.-Israeli missile defense system before it is expected to become operational next year.

The Defense Ministry said the David’s Sling system had successfully intercepted targets in a series of tests conducted with the U.S. Missile Defense Agency, calling it the “final milestone.”

David’s Sling is intended to counter medium-range missiles possessed by enemies throughout the region, most notably the Lebanese Shiite militant group Hezbollah. The system also aims to protect against low-altitude cruise missiles fired from longer distances.

The test comes amid soaring tensions between Israel and Hezbollah following the killing of one of its fighters, Samir Kantar on Sunday. Hezbollah blamed Israel for the death. Three rockets fired from southern Lebanon struck northern Israel later Sunday, although it was unclear who fired them.

Hezbollah, which battled Israel during a monthlong war in 2006, is believed to possess tens of thousands of rockets and missiles.

As Kerry Visits Israel Again, No Talk of Peace Deal

Yair Ramati, a defense official, said the test’s timing “had nothing to do with the tensions” with Hezbollah but was part of an ongoing program. He said the system would be delivered to the air force next year.

David’s Sling is part of what Israel calls a “multi-layer” missile defense system that includes the Arrow, which is being developed to intercept longer-range missiles from Iran, and the Iron Dome rocket-defense system, which is already operational.