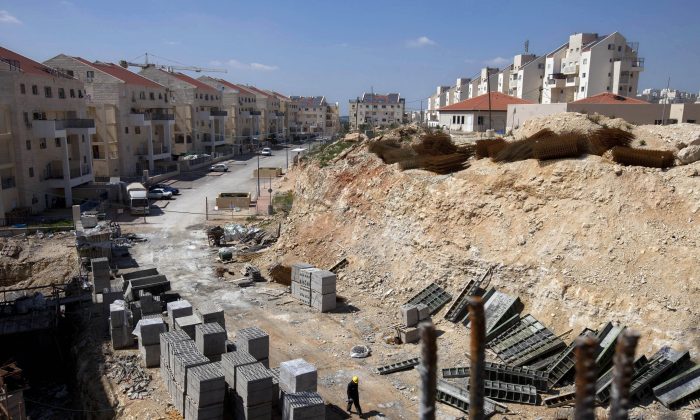 JERUSALEM—Israel said Tuesday it approved plans to build 2,500 new settler homes in the West Bank, signaling a major ramp-up of construction just days after the swearing-in of U.S. President Donald Trump, whose election has emboldened the settlement movement.

Trump is widely expected to be more sympathetic to Israel’s settlement policies than the fiercely critical Obama administration. He also has vowed to move the U.S. Embassy from Tel Aviv to contested Jerusalem. Israel’s nationalist government has welcomed the prospective change in policy, but it also risks igniting Palestinian or even regional unrest.

Defense Minister Avigdor Lieberman said in a statement that he and Prime Minister Benjamin Netanyahu agreed on the new construction plans “in response to housing needs.”

He said the majority of the `housing units will be built in settlement “blocs,” areas where most settlers live and which Israel wants to keep under its control under any future peace deal with the Palestinians. Some 100 homes were slated for two smaller settlements. All of the projects announced Tuesday still require additional bureaucratic approvals, meaning that construction is unlikely to begin anytime soon.

Settlement construction was a contentious area of disagreement during the Obama years, when the White House sided with the Palestinians and the international community in condemning it as an obstacle to peace.

The Palestinians want the West Bank, as well the Gaza Strip and east Jerusalem—areas captured by Israel in the 1967 war—for their hoped-for state. They, along with much of the international community, view settlements as illegal. Some 600,000 settlers live in east Jerusalem and the West Bank.

“This decision is a challenge and provocation and disregard for the Arab world and the international community and requires a real and serious position from the entire world,” he said.

The Israelis have maintained that their pre-1967 borders are indefensible and any peace deal will need to adjust those borders, with most of the Israeli settlements included in the Israeli state.

Trump has signaled a softer approach to the settlements, and some of his top aides have close ties to the settler movement.

Beit El, one of the settlements mentioned in Tuesday’s announcement, has received donations from Trump’s designated ambassador to Israel and from the family of his son-in-law, Jared Kushner, now a top White House adviser.

That has buoyed Netanyahu and his pro-settler coalition allies, who see in Trump’s election a chance to press forward with settlement initiatives. Netanyahu has welcomed what he says will be a new era under Trump and has vowed to drive up settlement construction in east Jerusalem and the West Bank.

Since Trump took over, Netanyahu has also been under heavy pressure from the pro-settler Jewish Home party to move ahead on an explosive bill that would annex Maaleh Adumim, a major settlement of nearly 40,000 people near Jerusalem.

A vote on the legislation, which threatens to unleash fresh violence and damage already faded hopes for Palestinian independence, was put on hold this week, apparently so Netanyahu could coordinate his policy toward the Palestinians with the new administration. He is scheduled to visit the White House in early February.

Despite his promises to build, Netanyahu has also called for restraint, saying he doesn’t want to surprise the Trump administration. He said he intends to deploy “responsible and informed diplomacy” with the new U.S. leadership.

“Israeli towns in Judea and Samaria are the answer to peace,” he said in a statement, referring to the West Bank by its biblical name. “We hope to continue building a peaceful future with the blessing of the new Trump administration.”

Tuesday’s housing announcement came two days after Israel approved nearly 600 settler homes in east Jerusalem, a move that would have elicited sharp censure under the Obama administration but which the Trump White House did not comment on.

Trump has not outlined a vision for the Israeli-Palestinian conflict, although he has said he would like to broker a peace deal. His election platform made no mention of a Palestinian state.

His pledge to move the U.S. Embassy from coastal Tel Aviv to Jerusalem is vehemently opposed by the Palestinians. But since taking office, the White House has been vague about its plans for the embassy.

Earlier Tuesday, Gaza’s Hamas rulers warned the U.S. not to move its embassy to Jerusalem, saying such a step could unleash new violence. The Islamic militant group said such a move would “open a new chapter of conflict” and “add fuel to the fire.” The rival Palestinian Authority has also urged Trump not to follow through on his campaign promise to move the embassy.