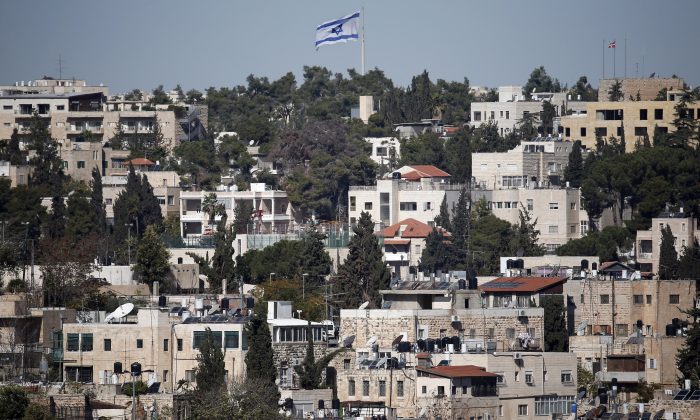 JERUSALEM—Israeli authorities gave preliminary approval Wednesday for construction of 200 new homes in a Jewish area of east Jerusalem, a move likely to ratchet up already heightened tensions in the city.

The decision came shortly before U.S. Secretary of State John Kerry was to arrive in neighboring Jordan on a mission aimed at restoring calm in the Holy Land after weeks of unrest.

Much of the recent violence has stemmed from tensions surrounding a sensitive holy site revered by Muslims and Jews. The collapse of U.S.-brokered peace talks, Israel’s bloody war last summer in the Gaza Strip and continued Israeli settlement construction in east Jerusalem have added to it.

Brachie Sprung, a spokeswoman for the municipality, said city officials approved 200 homes in the Ramot area. Sprung said the approval was just a preliminary stage of the planning process — meaning construction would be years away.

She also said city officials approved an additional 174 homes for construction in an Arab neighborhood.

Any Israeli construction for Jewish areas of east Jerusalem risks setting off a diplomatic firestorm — especially in the current fragile environment.

Israel captured east Jerusalem in 1967 and annexed the area in a move that is not internationally recognized.

The Palestinians claim east Jerusalem as their capital. The international community does not recognize Israeli sovereignty in the area and opposes settlement construction. More than 200,000 Jewish Israelis live in developments like Ramot that ring east Jerusalem to help cement Israeli control.

The Israeli announcement came before Kerry was to arrive in Jordan and meet King Abdullah II and Palestinian President Mahmoud Abbas to discuss the situation in Jerusalem. There was no immediate plan for Kerry to travel to Israel.

Under a longstanding arrangement, Jordan holds custodial rights over Muslim holy sites in Jerusalem, including the compound known to Jews as the Temple Mount and to Muslims as the Noble Sanctuary.

Visits by Jewish worshippers to the site have raised concerns among Muslims that Israel is secretly trying to take over the site. The tensions have boiled over into violent demonstrations and deadly violence. Abbas accused Israeli Prime Minister Benjamin Netanyahu this week of leading the region toward a “religious war.”

In the latest unrest, an attack against a mosque in a West Bank village earlier Wednesday ignited a fire that destroyed its first floor. Faraj al-Naasan, the mayor of the village of Mughayer, north of Ramallah, blamed Jewish settlers for the blaze.

Meanwhile, an Israeli border policeman was arrested in connection with the death of a Palestinian demonstrator near Ramallah in May, police said. Israeli security forces said they used only rubber bullets to disperse the protesters, but Israeli media reported that the border policeman may have used live ammunition.