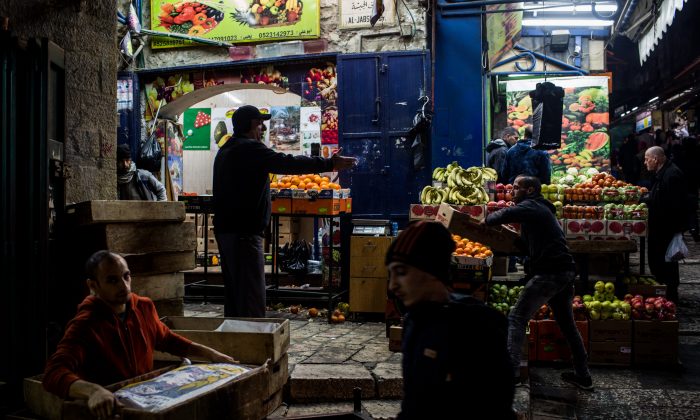 Israel needs to open its food industry to foreign imports more aggressively to break the grip of the sector’s biggest companies and lower costs for consumers, the country’s antitrust chief said.

Power in the country’s food making business is “much too concentrated” in the hands of five firms, including Strauss Group Ltd., Nestle SA’s Osem unit, and Tnuva Food Industries Ltd., said Michal Halperin, director general of Israel’s Antitrust Authority. Introducing foreign competition would help bring down grocery bills in Israel, a major contributor to one of the highest costs of living among developed countries, she said.

“That market structure doesn’t make sense in an economy that isn’t so small anymore,” Halperin said in an interview, adding that the country’s Finance Ministry, which pushed to increase food imports two years ago, backs her views. “Israelis suffer from that level of concentration with higher prices.”

Halperin’s take on the food industry echoes successive Israeli governments that have prioritized reducing the cost of living by opening up the economy. The country has made significant strides since 2011—when masses took to the streets to protest the high cost of living—with reforms that have driven down certain costs including mobile phone service, and slowed the rise of housing prices.

More structural changes are needed, said Halperin, 52. Israelis end up paying more for goods and services due to lack of competition in sectors such as public transportation, ports and airports, and the postal service, she said.

Alex Zabezhinsky, chief economist of Meitav Dash Investments Ltd., said he agrees with Halperin’s priorities, but progress will be difficult to achieve.

In July, for example, the government approved a plan to break up Israel Electric Corp., the state-owned utility, in order to encourage competition among power producers. Those efforts began more than 20 years ago.

“We’re talking about monopolies and unions. When they flex their muscles, that’s the end of the story,” Zabezhinsky said in a phone interview. “They have the power, not the government.”

The Antitrust Authority, which was at the center of a two-year battle with Israel’s biggest energy firms over rights to the country’s largest natural gas pools, still considers those companies a “monopoly” that could use a competitive push in servicing the country’s electricity demands, Halperin said.

The government forced the two biggest companies in Israel’s gas sector, Delek Group Ltd. and Houston, Texas-based Noble Energy Inc., to sell down its holdings in some gas fields, but real competition will come only when more energy explorers develop new reservoirs, she said. Recent tenders to explore in Israeli waters have failed to elicit much interest, however.

The Antitrust Authority is working with nearly every ministry to address market imbalances, Halperin said. Israel “needs to improve much faster and more aggressively,” she said.

One of the tools Halperin has relied upon with increasing frequency is criminal prosecution of cartels. In the past 18 months, her office has ramped up legal efforts, landing chief executive officers of the country’s three leading bakeries in jail for price-fixing schemes.

Later this month, Israel will host delegates from competition authorities around the world, where regulators will discuss strategies against cartel behavior. Legal approaches toward cartel violations differ globally, with many regulators treating them as a civil matter leading to fines.

Not so in Israel, Halperin said, which is “one of the most proactive countries in gathering evidence” against market collusion. Israel now ranks second to the U.S. in the amount of jail time given for cartels, according to Halperin.

“It became very dangerous to be a member of a cartel in Israel, and it’s becoming more and more so,” she said. “We take it very seriously and dedicate all our criminal tools to this issue, and courts increasingly understand the importance of this offense on our daily lives.”