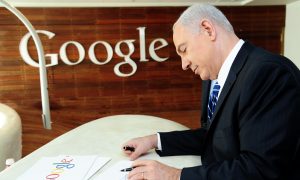 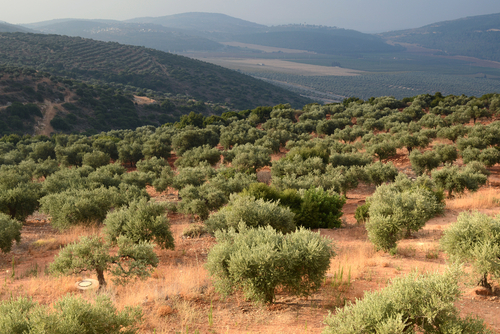 An olive grove in northern Israel. Israel has 100 years' experience tackling agricultural problems, such as heat and drought, and it is also known for its tech start-ups. Now, it is emerging as a hot spot for agri-tech startups.(Shutterstock*)
Business

Israel a Hotbed for Agricultural Innovation

TEL AVIV—Two great features of Israel—tech startups and advanced farming techniques—are combining to create a new world of high-tech agriculture.
Increasingly, both in Israel and in other countries, crop cultivation doesn’t take place in open fields and doesn’t use rainwater as the main source of irrigation.

Nowadays, tomatoes and peppers often never see any soil; instead they are watered and fertilized by drip irrigation pipes in computerized green houses.

Israeli agricultural startups are successfully tackling problems faced by the industry, but a good idea, even if proven viable, is often not guaranteed success.
Both funding and long-term financial sustainability are great barriers for entrepreneurs and startups. Will Israel’s high-tech agricultural industry be as successful as its IT and medical equipment industries?

Trendlines Agtech-Mofet is a venture capital firm that invests in high-promise medical and agricultural technological innovations. Trendlines CEO Nitza Kardish explained that because of the tough farming conditions, Israel has 100 years’ experience of tackling agricultural problems–heat, salinity and drought–that today are experienced globally.

She said: “The world population is rising and resources are in decline, conventional agriculture will not provide food for the 9 billion people expected in the next few decades. Israel has the know-how both in agriculture and in high-tech that can improve living conditions.”

According to Kardish, the success of Israel’s high-tech industry is due to the strong involvement of the government’s Technological Incubators Program. The government takes most of the risk, funding innovative technological ideas that may be too risky for private investors. After the incubation term, the ventures should be able to operate profitably on their own.

The Technological Incubators Program was established in 1991 by the government’s Ministry of Economy’s Office of the Chief Scientist during a wave of immigration from the former USSR. Many of these Russian immigrants were highly skilled, but remained unemployed. The program gave new emigrant scientists the opportunity to continue working in their preferred fields of research. In time, as the number of Russian migrants dropped and the program’s original goals were reached, it opened up to non-immigrants.

Over the past few years, the program has established 70-80 high-tech startups annually. It  has expanded beyond medicine and IT and increasingly includes agricultural developments.

EdenShield: Learning from the desert plants

Conventional chemical pesticides have for some time become increasingly ineffective when used on vegetable crops. As a result, Israel’s export of spices has suffered at the hands of pests such as thrips, whiteflies, and red spider mites, which have developed a resistance to the chemical pesticides.

Researchers have found that pests do not target certain plants in the Judean desert. EdenShield uses extracts from such plants to mask the odor of plants the pests are interested in. The product is sprayed on greenhouse netting, changing the odor and making the crop “invisible” to the pest. As it is not sprayed directly onto the crops, it has no effect on the plants themselves.

The water scarcity experienced in many countries around the word is a challenge to seed companies. They are increasingly being asked to produce seeds with a higher level of water efficiency.

In breeding plants, the process of selecting those with desirable characteristics consumes much time and resources.

Professor Menachem Moshelion at the Hebrew University of Jerusalem and engineer Roni Wallach created intelligent software that can analyze seeds and deliver large quantities of results quickly. Selecting seeds can take a few weeks where it used to take a few months.

Kardish also talked about a “big-data” project being proposed to the ministries of economy, finance, and agriculture.

*Image of an olive grove in Israel via Shutterstock.