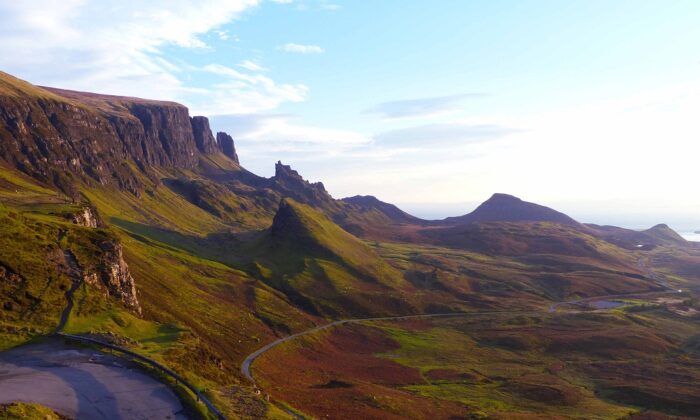 The leader of the Scottish National Party at Westminster says his constituency has been “shocked to the core” after a gunman went on a rampage on Wednesday, shooting one man dead and leaving three others seriously injured.

Ian Blackford, SNP member of parliament for Ross, Skye, and Lochaber, said, “It’s a terrible, terrible day that these things have come to Skye and Lochalsh.”

Just before 9 a.m. on Wednesday a 32-year-old woman was shot in the village of Tarskavaig.

Half an hour later a 47-year-old man was shot dead at a house in another tiny community, Teangue, eight miles from Tarskavaig. He has been named locally as John MacKinnon, a father of four.

The gunman then crossed the bridge connecting Skye to the Scottish mainland and attacked two people in the village of Dornie.

The woman who was shot in Tarskavaig was airlifted to Queen Elizabeth University Hospital in Glasgow.

A 39-year-old man has been arrested by Police Scotland in connection with the attacks and is in custody, where he is being questioned.

The Isle of Skye is an area of the Scottish Highlands which is popular with tourists because of its spectacular scenery, but all of those who were injured are believed to be local residents.

‘This Will Shatter Us to the Core’

Scotland’s Finance Secretary Kate Forbes, who also represents Skye in the Scottish Parliament, said: “West Highland communities are close-knit. We are warm and welcoming, and this will shatter us to the core. It feels like our very heart has been ripped apart.”

Highland Council has sent trained liaison staff to support the families of the victims and the council’s convener, Bill Lobban, said: “We will be providing support to the communities and our partners in every way possible.”

It is unclear yet what type of gun was used or whether the perpetrator was legally entitled to own it.

Handguns were banned in the UK after the Dunblane massacre in 1996—when Thomas Hamilton shot dead 16 children and their teacher at a primary school in the small Scottish town—but in many rural parts of Scotland sheep farmers and others are allowed to own shotguns in order to control agricultural pests.

Blackford told the BBC there was a need to assess gun regulations when all the details of the attack became clear and he said: “Given what we have seen over the course of the last 24 hours, it is right and proper that we continue to look at the regulations that we have in place for the very simple reason that all of us have got a responsibility to keep people safe.”