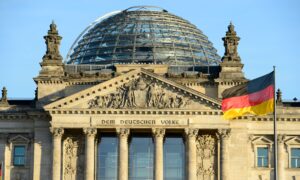 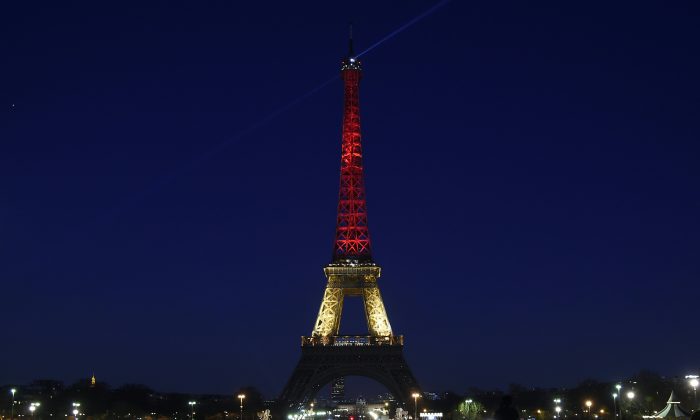 A picture taken on March 22, 2016 shows the Eiffel Tower in Paris illuminated in colours of the Belgian flag in tribute to the victims of terrorist attacks in Brussels. (LIONEL BONAVENTURE/AFP/Getty Images)
Europe

ISIS has claimed responsibility for the bombing of the Brussels airport and subway, which killed more than 30 people, and is threatening more attacks.

“We vow to bring dark days to the crusader nations that have allied themselves against the Islamic State,” ISIS said in a statement, the Independent reports. “And what awaits you will be even harsher, even more bitter.”

The terrorist group said the same thing after the Paris attack in November, which killed 130 people, stating that it was just “the beginning of a storm.”

On a popular web forum for ISIS members, a poll was published asking, “What will be the color of the Eiffel Tower in the next attacks?” Vocativ reports.

ISIS has made videotaped threats to the United Kingdom and the United States in English, for airstrikes in Syria that have targeted ISIS. ISIS has also made videos of executions of people who allegedly spied against the terrorist group.