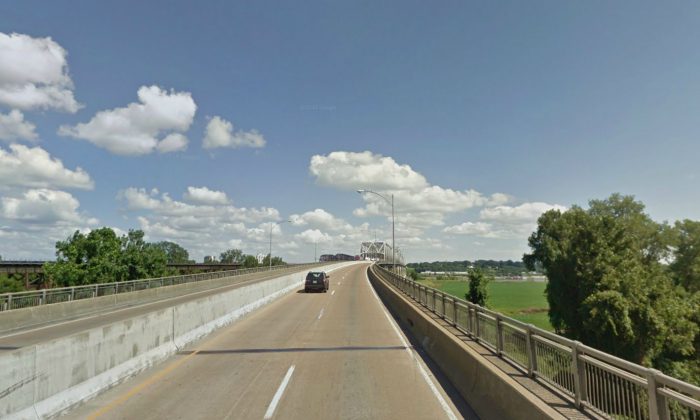 The FBI in Memphis, Tenn., said it’s warning police officers about an Islamic State, or ISIS, threat to blow up the Memphis-Arkansas Bridge. (Google Street View)
US

ISIS: Terror Plot to Blow up Memphis-Arkansas I-55 Bridge in Tennessee This Month, FBI Says

The FBI in Memphis, Tenn., said it’s warning police officers about an Islamic State, or ISIS, threat to blow up the Memphis-Arkansas Bridge on Interstate 55.

“Although we received an anonymous threat, there is no actionable intelligence regarding an attack on the bridge. We take every threat seriously and whenever we receive a threat like this we take steps to inform all of our law enforcement partners,” Supervisory Special Agent Joel Siskovic, who is a spokesperson with the FBI Memphis division, told FOX-13 on Monday afternoon.

The bulletin from the FBI added that the possible attack could activate other terror cells in the United States.

There’s been warnings from the Department of Homeland Security about a potential attack inspired by ISIS, also known as ISIL.

Police in Memphis are patrolling the area around the bridge to look for suspicious activity, FOX-13 reported.

However, WREG-TV in Memphis reported that a “specific bridge was not indicated.”

ISIS rose to prominence earlier this year, taking over large swaths of Syria and Iraq. The group is known particularly for its brutality–namely, when members of it beheaded several Americans.