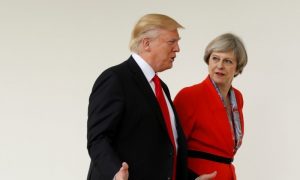 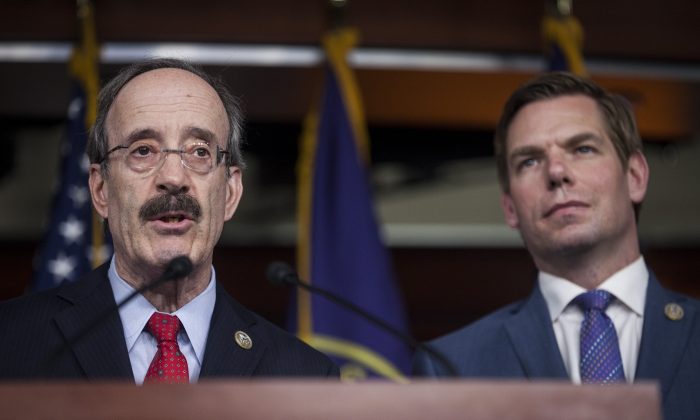 Engel’s first official act as chairman on Jan. 3, when Democrats officially regained the House majority, was replacing the terrorism subcommittee with one focused on investigating President Donald Trump.

Engel justified the move because “there wasn’t a great clamor” to continue the terrorism panel, formerly known officially as the Subcommittee on Terrorism, Proliferation, and Trade. It was one of the panel’s busiest subcommittees under Engel’s predecessor, Rep. Ed Royce (R-Calif.).

“We just thought, if we’re going to do something relevant in this era where Congress is going to reassert itself, where there are so many questionable activities of this administration vis-à-vis foreign policy, that it made sense to have this,” Engel told The New Yorker.

Engel characterized investigating Trump as “indispensable to the foreign-policy concerns of the day,” including what he called the president’s “hard-to-fathom Russia tilt” and Trump relatives’ “pursuit of business deals” in the Middle East.

Rep. Michael McCaul (R-Texas), the committee’s ranking minority member, said: “today’s deadly bombing targeting our troops in Syria is a reminder that ISIS still has the capacity to carry out attacks.” He also urged Trump not to remove U.S. troops from Syria, as the president recently decided to do.

McCaul has also “strongly urged” Engel to reconsider the terrorism subcommittee decision, according to a senior congressional aide who asked not to be identified.

Other terrorism experts also urged Engel to rethink the action.

“It kind of plays into a fear I already had, which was that because this territory has been taken back from ISIS in Syria and because we haven’t had a kind of catastrophic attack in the West since Barcelona in 2017 is that we think all of a sudden that we don’t need to pay as much attention to it, that we can move on,” Robin Simcox told The Epoch Times. Simcox is the Margaret Thatcher Fellow at the Heritage Foundation’s Davis Institute on National Security and Foreign Policy. He specializes in terrorism and national-security issues.

Simcox questioned the wisdom of Engel’s decision, saying “one thing we can say we’ve not had a lack of in D.C. in the last couple of years is a focus on Trump and his connections to Russia … it’s a topic almost of national obsession. The idea that we should focus more on that seems to me odd, to say the least.”

Committees like the terrorism subcommittee exist because a conversation is needed on “what does the terrorism threat look like in one year’s time, in five years time, in 10 years time and how do we need to prepare for that,” Simcox continued.

Robert Spencer, the founder of Jihad Watch, an advocacy group that documents Islamic terrorism, told The Epoch Times he doubts Engel will change course on the abolished subcommittee as a result of the U.S. bloodshed in Syria.

The foreign affairs chairman, like other Democratic leaders, Spencer said, “is focused mono-maniacally on destroying Trump. Every other issue must take a back seat to that.”

But Engel claims his committee can continue to devote needed attention to terrorism, telling Fox News Friday that “of course the committee will still deal with the threat of terrorism. In fact, we’re expanding the jurisdiction of our subcommittees for different parts of the world to include terrorism so they’re better able to grapple with this problem with a regional focus.”