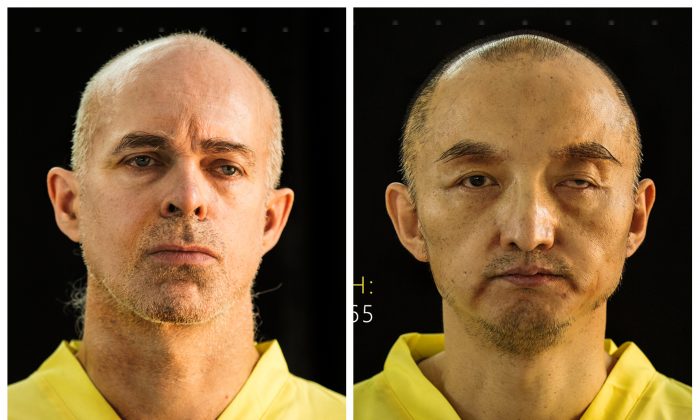 CAIRO—The Islamic State  (ISIS) said Wednesday that it has killed Norwegian and Chinese captives after earlier demanding ransoms for the two men.

The extremist group published two images of the men in the second-to-last page of its English-language magazine, saying they had been “executed after being abandoned by kafir nations and organizations.” ”Kafir” is the Arabic word for infidel. In the images, the men both appeared to have been shot to death.

The militants did not say when or where the two were captured when announcing their captivity in a previous issue of the magazine, which showed them in yellow jumpsuits. However, the last post on Grimsgaard-Ofstad’s Facebook page, dated Jan. 24, said he had arrived in Idlib, Syria, on his way to Hama.

Norwegian Prime Minister Erna Solberg told a press conference that the government cannot confirm the killing, but said “we have no reasons to doubt it.”

“It is painful for the family and the whole country,” she said. She called ISIS a “barbaric group” and said “we do not pay ransom.” She added that “even if it hurts, we should never let the terrorists win.”

Foreign Minister Borge Brende, who attended the same press conference, said the Norwegian citizen “was harshly mistreated,” adding that photos and videos were sent to Norwegian authorities along with demands for ransom. Brende said the government was releasing the information in accordance with the family’s wishes.

In a statement, Chinese Foreign Ministry spokesman Hong Lei said China has noted the report and is “deeply shocked.”

“Ever since the Chinese citizen was held hostage by ISIS, the Chinese government has been sparing no effort in rescuing him,” Hong said. “We are still verifying the information.”

ISIS controls large areas in Iraq and Syria. The killing of the two men stood in contrast to other filmed beheadings and atrocities carried out by the group since it seized a third of Iraq in a lightning advance in 2014.

The announced killings come as ISIS militants face increasing airstrikes from a variety of countries, including the U.S., Russia and France, as well as ground attacks from Kurdish and other forces.

The group’s online magazine, which is titled “Dabiq” after a town in Syria, contains articles, interviews, opinion pieces and other propaganda. It has a professional layout, complete with photos and graphics. The latest issue celebrates the Paris attacks on its cover with the headline “Just Terror.”